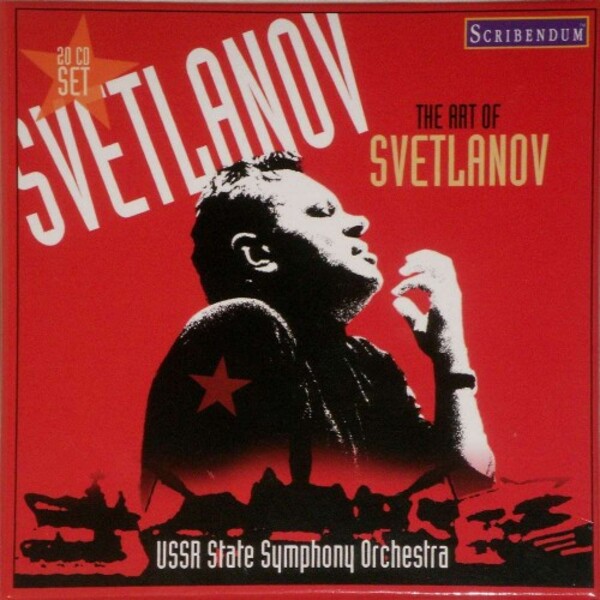 The Art of Svetlanov

The USSR State Symphony Orchestra displays the unique sound, character and tonal colours that Svetlanov developed during his many years as its chief conductor. The Russian orchestra clearly appears to be emotionally involved in what it plays and achieves a superb range of sound as well
The set contains recordings which are no longer available as single CDs, retaining their original Scribendum covers. All the recordings featured in this set have been re-mastered by the renowned Ian Jones at the Abbey Road Studios.
Well chosen repertoire that truly displays the musical artistry of the great maestro.
Includes two recordings of Tchaikovskys Francesca da Rimini (1968 and 1989), and two recordings of Shostakovichs Symphony no.7 (1968 and live 1978).