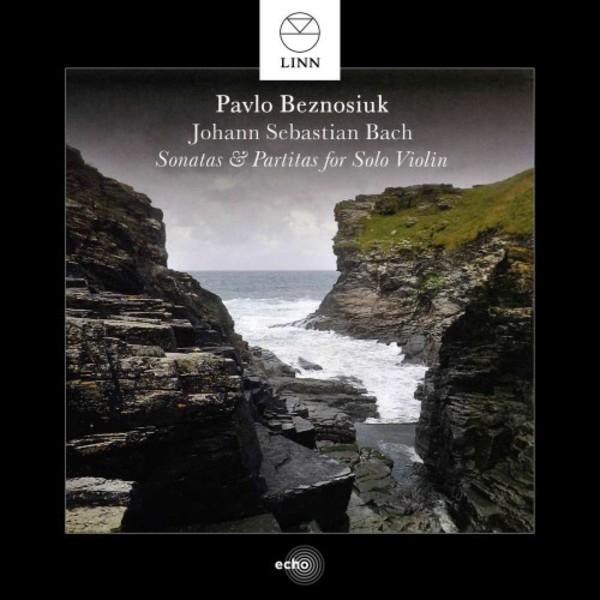 Celebrated Baroque violinist Pavlo Beznosiuk gives a seemingly effortless performance of one of the most technically and intellectually challenging works in the solo violin repertory. Drawing on his wealth of knowledge and virtuosic prowess Beznosiuk gives an intimate and thoughtful reading full of passion and vitality that is highly attuned to Bachs intentions. The Sonatas and Partitas show off every aspect of violin technique; Beznosiuk delivers a masterclass in making the impossible sound, not only possible, but also musically compelling.

Beznosiuks performance of the famous Chaconne in D minor, widely regarded as one of Bachs greatest contributions, is a highlight. Performing on a period violin with authentic gut stringing, Beznosiuk has succeeded in creating a modern benchmark recording of this compositional masterpiece.

Originally released in 2011, this title has been re-issued as part of Linns ECHO series; a second chance to enjoy the best of the labels award-winning catalogue.

Well known as a soloist, chamber musician and concertmaster, Beznosiuk has led and directed numerous period instrument orchestras including the Academy of Ancient Music (AAM), Orchestra of the Age of Enlightenment (OAE) and the Avison Ensemble. Over the past twenty-five years Beznosiuk has established a formidable reputation as one of Europes most respected baroque violinists, with a busy international career.

Beznosiuk has been described as an artist with star quality whose playing is full of fantasy and whose effortless technique shines through. Beznosiuks extensive recording output is central to his reputation as one of the fields finest and most versatile players.

.altogether superlative. You'd do well to seek this one out! - International Record Review

[Pavlos] take on the Bach solo violin music was always going to be worth hearing... - Early Music Review