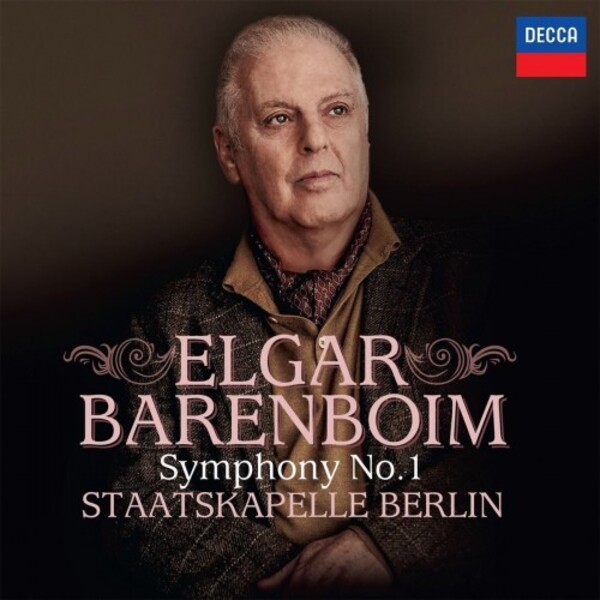 Daniel Barenboim continues his acclaimed Elgar series with the landmark First Symphony. These new issues mark the first time that indefatigable maestro Barenboim has returned to recording Elgars symphonic works since the 1970s.

This recording is the latest step in maestro Barenboims Elgarian journey with the Berlin Staatskapelle, following on from well-received performances of Elgars Dream of Gerontius, the Cello Concerto (recorded live with Alisa Weilerstein for Decca), and Elgars Second Symphony  about which the Guardian wrote: The surging, unquenchable energy of this account is obvious from the opening bars, which are borne on an irresistible flood of sound from the Berlin Staatskapelle

This album was recorded live at Berlins renowned Philharmonie, with the Berlin Staatskapelle and leading Elgarian record producer Andrew Keener.

Barenboim is a passionate Elgarian, counting The Dream of Gerontius as one of his favourite works. As a young man he worked regularly with Sir John Barbirolli, one of the greatest of all Elgar conductors and who was Jacqueline du Prés partner in the classic EMI recording of the Cello Concerto.

In its voicings and especially in its gradations of string tone, the performance seems to fix Elgars orchestral writing even more firmly into the context of post-Wagnerian romanticism than before; the veiled sound for the opening motto theme immediately evokes memories of Parsifal, while the slow movements sometimes acquire a Brucknerian spaciousness.  Andrew Clements
The Guardian 25 March 2016

Barenboims long association with, and love for, Elgar has effectively made it part of his musical DNA. He understands its particulars and, to put it simply, he knows how it goes. And because he is a master he has somehow communicated all of that, both in practical and spiritual terms, to an orchestra for whom it is relatively unfamiliar. That is the really startling achievement here and it manifests itself in playing that is as exciting as it is nuanced and which can turn on a sixpence because Barenboim and his players read each other so well. That which might sound mannered in other hands (though it must be said that Barenboim has matured and refined his expressivity) is here so naturally achieved. ... This is up there, youll have gathered, with the very finest that the gramophone has yet given us of this great  and finally, I hope, universally celebrated  symphony.  Edward Seckerson (Recording of the Month)
Gramophone May 2016

Daniel Barenboim's Elgar Symphony No. 1  so eagerly expected on disc after his recording of No. 2 two years ago  doesn't sound quite like anyone else's. This is particularly the case in the first movement, a 20-minute music-drama in itself; as Barenboim heaves back the reins just before the first reminiscence of the march, one half expects to hear a Wagner tuba. ... Barenboim has here made this symphony his own.  Erica Jeal
BBC Music Magazine July 2016