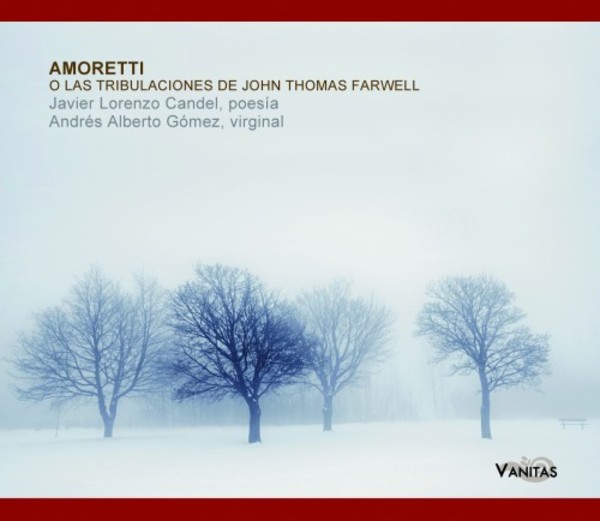 Amoretti o las tribulaciones de John Thomas Farwell was written as a challenge in which the little known and spread spirit of those poets who wrote their works in the Elisabethian period approached the 21st century reader. Bearing this in mind, Javier Lorenzo Candel, the authors, has built a character who walks the same places as this poets did, who experiences love as it was experienced at the time, who spokes using the same voice and tone. The result being, thus, an argument at the 16th century translated to today´s readers.

Amoretti achieves the intent to building bridges between two worlds, to linking two cultures so distant and yet so close in essence, where the poems send the reader back to that period. The book was written to be accompanied by the music of the period when the main character live, therefore the reading is interspersed with works by composers as Dowland and Gibbons. This idea is completed by the magnificent adaptation work of musician Andres Alberto Gómez, playing on a virginal muselar, iconic instrument of the most intimate and bucolic atmospheres of the period, a tangle of emotions that carry us to a unique sound universe a century so fruitful for arts.

The result is this work we present here, in which the English Renaissance, its ideas and features, with John Thomas Farwell as a character, are the ingredients depicting this singular world and its singular way of expressing its worries.