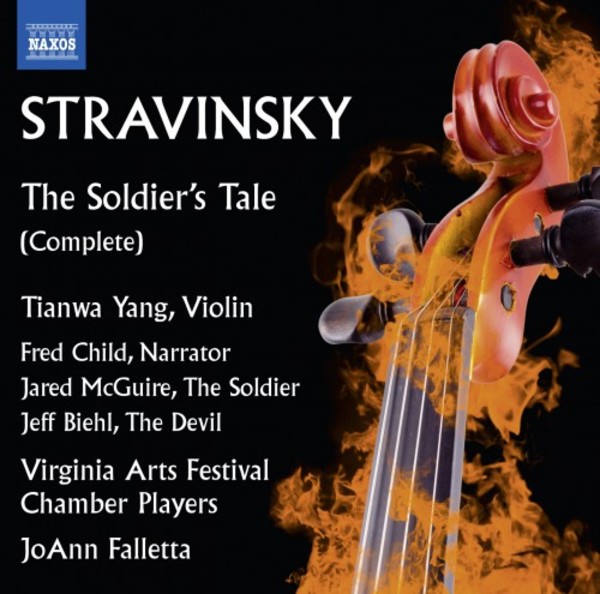 Stravinsky conceived the idea of a small-scale theatrical work towards the end of the First World War. Collaborating with Swiss writer Charles-Ferdinand Ramuz and painter and designer René-Victor Auberjonois, he wrote LHistoire du soldat (The Soldiers Tale), derived from a Russian folk tale by Alexander Afanasyev. It is scored for narrator, two speakers and an instrumental septet  to be read, played and danced as there is also a non-speaking dancing rôle. The Faustian morality tale is rendered as a music-drama of extraordinary rhythmic charge and gripping power.

From Jean Cocteau to Jeremy Irons, via John Gielgud and Gérard Depardieu, the list of actors to have appeared in recordings of Stravinskys unclassifiable theatre piece is a hugely distinguished one. This latest version of the complete hour-long work is not so starrily cast, though the narrator, Fred Child, is a well-known presenter on US classical-music radio. But perhaps because neither the three actors nor any of the seven instrumentalists hog centre stage, the fable works well on its own terms. Charles-Ferdinand Ramuzs text is spoken in what is essentially the standard rhyming English version by Michael Flanders and Kitty Black, with a few slightly jarring updates by Pamela Berlin  the director responsible for the staging from which this recording was taken  and Child and his colleagues manage to avoid archness in their delivery. The musical performance under JoAnn Falletta, with Tianwa Yang as the violinist, is neat and crisp without being too slick; perhaps occasionally its a bit cool, not earthy enough, but it never becomes routine.  Andrew Clements
The Guardian