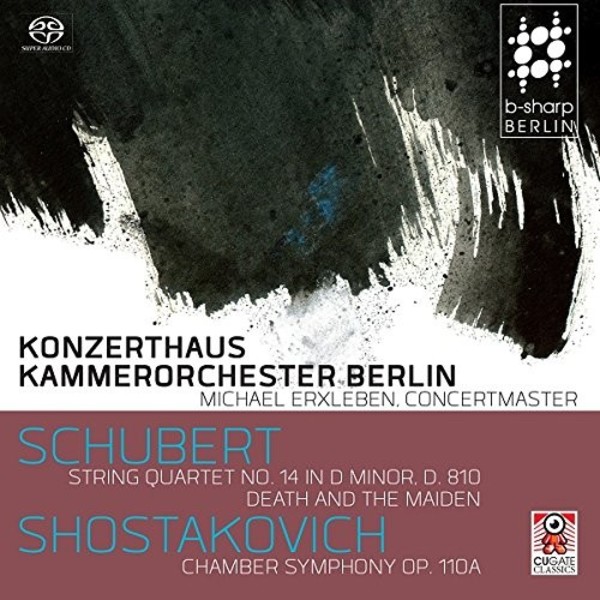 A quartet for string orchestra! This will sound strange to you. I already know all objections that will be raised: the destruction of intimacy, of individuality. But this would be mistaken. What I intend is nothing but an ideal representation of the quartet. - Gustav Mahler, 1899

The perceived contradictions appear at first to be barely reconcilable. On one side is the string quartet, regarded unarguably as the noblest and most demanding musical genre since the time of the First Viennese School. The demands of aesthetics and compositional technique are so interconnected that, as Carl Maria von Weber noted as early as 1818, In the art of music, having only four voices is nakedness. On the other side are those works for string orchestra from the 19th century, which are associated with a rich, more aesthetically pleasing, even lyrically melancholy tone  for example, the widely popular serenades for strings by Antonín Dvorak, Peter Tchaikovsky, Edvard Grieg, Robert Volkmann and Edward Elgar. After the 1940s, the repertoire was expanded by works such as Béla Bartóks Divertimento (1940) and Witold Lutoslawskis Funeral Music (1954/58). Correspondingly, the circles of enthusiasts also differ: whereas the string quartet is mostly preferred by those connoisseurs who themselves will bring a work to performance in the domestic circle or bourgeois salon, the serenade, which in terms of melody and expression is easily comprehensible for the most part, is directed at a broader public which looks for musical diversion. As a result, the boundaries between string quartet and string orchestra seem to be strictly drawn  if the occasional misunderstanding of performance practice and particular aspects, or simply a delightful new idea, had not led again and again to new sonic explorations. In Wolfgang Amadeus Mozarts Eine kleine Nachtmusik, K525, for example, the lines are played by one or more instrumentalists, the early and also late string quartets of Franz Schubert reach out almost into the symphonic sphere, and Arnold Schoenbergs Verklärte Nacht Op. 4 was initially written as a string sextet before the composer later presented an additional version for string orchestra.

In this context, the arrangement of Franz Schuberts String Quartet in D minor, D810, begun by Gustav Mahler in 1894 (although only the variation movement was completed) does not appear so absurd at all. A little later, in Vienna in 1898, he came up with a plan to transcribe all of Ludwig van Beethovens string quartets for string orchestra. This was abandoned following the harsh rejection with which the Vienna audience greeted his version of the Quartet in F minor, op.95. His intention had been, however, to overcome the historical dilemma of the string quartet, namely, how to introduce this highly-differentiated, intimate genre into the large concert hall. He himself wrote in an essay for the Viennese publication Die Waage: Chamber music is innately written for the room. In fact it is only truly enjoyed by the participants. The four gentlemen who sit at their music stands are also the audience that the music addresses. When chamber music is transferred to the concert hall, this intimacy is lost. But much more than that is lost. In the large room, the four voices get lost; they do not speak to the listeners with the power the composer intended. I give them this power by reinforcing the voices. I release the expansion which lies dormant in the voices, and make the sounds sing. In fact, the loss of the intimacy inherent in chamber music and its clarity of structure are countered by a greater dynamic range which is better suited to the spatial and acoustic characteristics of large concert halls, and reveals quite different dimensions of the respective composition.

Unlike Schubert and Beethoven who had to put up with sundry arrangements of their published works, Shostakovich was himself able to authorize the 1960 symphonic version of his String Quartet no.8, op.110 by Rudolf Barshai - and even encouraged the musician and conductor of the Borodin Quartet to arrange other works by him.