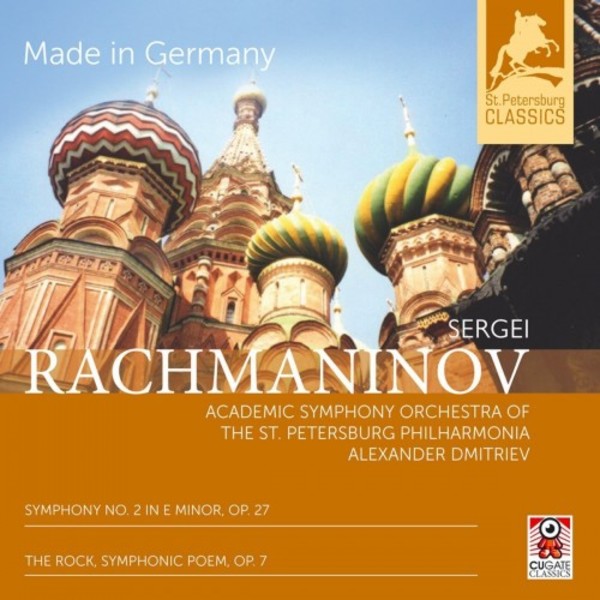 Rachmaninov - Symphony no.2, The Rock

Made in Germany: maybe it sounds strange at first glance to headline a symphony of the Russian composer Sergei Rachmaninov like this. However, if one looks closer to the genesis of his Second Symphony there is some good reason for it since he wrote it during his stay in Dresden. When he came to the baroque metropole upon Elbe in 1906 he had created an international stir with his Second Piano Concerto. But in Russia, his star was waning. The premiere of his First Symphony, conducted in St. Peterburg in 1897 by Alexander Glazunov, was a total flop. In consequence Rachmaninov fell into a deep depression and contested his skills as a symphonic composer. In Dresden he intended to come to rest and brace his energies. And it worked out. The cultural atmosphere of the town with its magnificent baroque architecture and the famous Semper Opera, led to a powerful come back of creativity. Moreover he established close contacts with the Royal Saxon Piano Manufacturer Carl Roenisch, at that time one of the world-famous producers of keyboard instruments. His Third Piano Concerto was composed among others on a Roenisch grand piano. It was a happy time ideally suited to recover from depression and regain confidence in his composing. Which he did. Some of his best works found their origin in Saxony, among which are his Piano Sonata no.1 and the symphonic poem Isle of the Dead  and, of course, the Second Symphony.

The Rock is Rachmaninovs first major orchestral opus. He wrote it after the successful completion of his composing studies at the Moscow Conservatory, where he was acknowledged with the gold medal for his opera Aleko. This encouraged him to the composition of his symphonic poem on Mikhail Lermontovs poem The Rock. Light and dark orchestral tones characterize the conclusion of the poem  Lermontovs cloud, which cannot stay with the rock but has to leave it going with the wind.