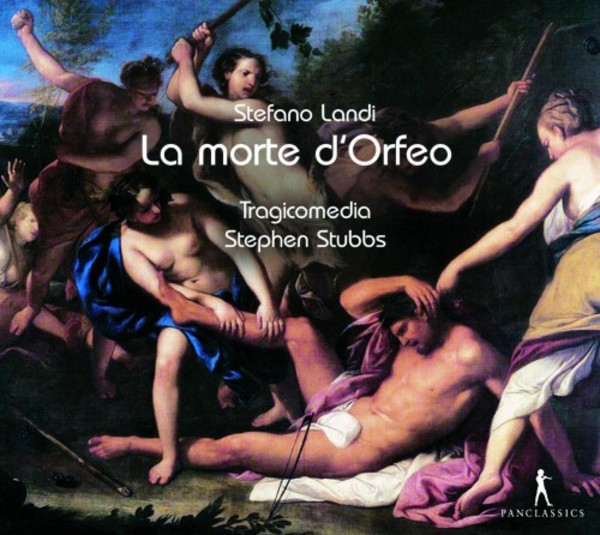 Among the works on the Orpheus theme since the start of operatic history, La Morte d'Orfeo by Stefano Landi occupies a special place. The conception of Landi's opera differs from all other works having as their theme the triumph of music and love over death, in that it does not concern itself with the death of Eurydice but rather with following the story, in particular the horrible death of the divine singer himself.

In order to turn this story into a five-act opera, the librettist Alessandro Matthei introduces a total of over 30 mythical figures including not only gods and heavenly messengers, shepherds and satyrs, but also winds and a river - these last have quite extensive sung parts! This is very different from Monteverdi's version.

Apart from the special character of the libretto, La Morte d'Orfeo marks a turning point in the musical and dramatic development of the new operatic genre. While it did not conform to the Florentine opera model based on recitative, it was, without being a true 'Roman' opera, already approaching that form with its use of chorus and ensembles.

With its motley scenes and rapid twists in the plot, its rich contrasts of musical form and the splendid vocal beauty of the choruses, La Morte d'Orfeo is perhaps the first opera to merit the description 'Baroque'. There is much to enjoy here: Cordier and Chance were, at the time of the recording (1987), countertenors par excellence.