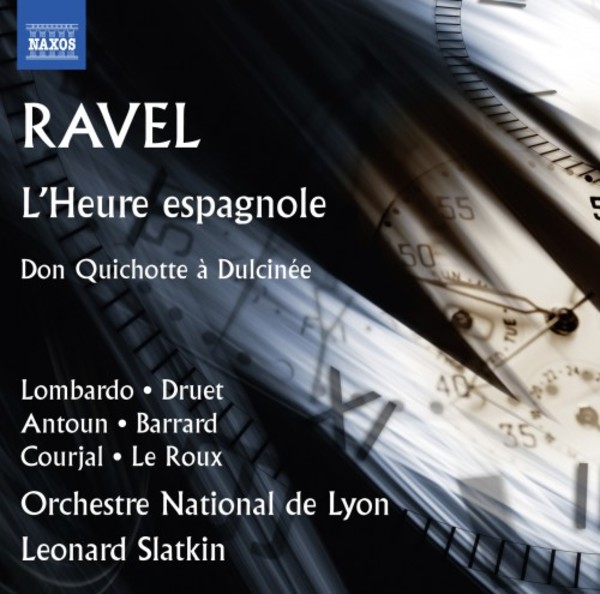 Maurice Ravels stage works are as subtle and expressively poised as can be imagined. In the Spanish-tinged LHeure espagnole he breathes new life into the Italian genre of the opera buffa, enhancing the comedy in the plot by giving it a gentle human poignancy and poetic presence. The clarity of Ravels vocal writing, and his signature harmonic magic and luminous orchestration, make this opera a delight for the ear. Don Quichotte à Dulcinée was Ravels last composition, imbuing Cervantess famous character with aristocratic Spanish swagger as well as a kind of heroic tenderness and vulnerability.

This release follows on from Leonard Slatkins acclaimed recording of Ravels second opera LEnfant et les sortilèges and Ma Mère lOye (Naxos 8.660336), and joins the success of this internationally renowned conductor and the Orchestre National de Lyon in our edition of Ravels orchestral music. Gramophone acclaimed Slatkins conducting as shaping the music with a potent mix of the sensuous, sinuous, sinister and spirited in volume 1 (8.572887), and volume 2 (8.572888) was admired for its splendidly characterised La Valse by BBC Music Magazine.