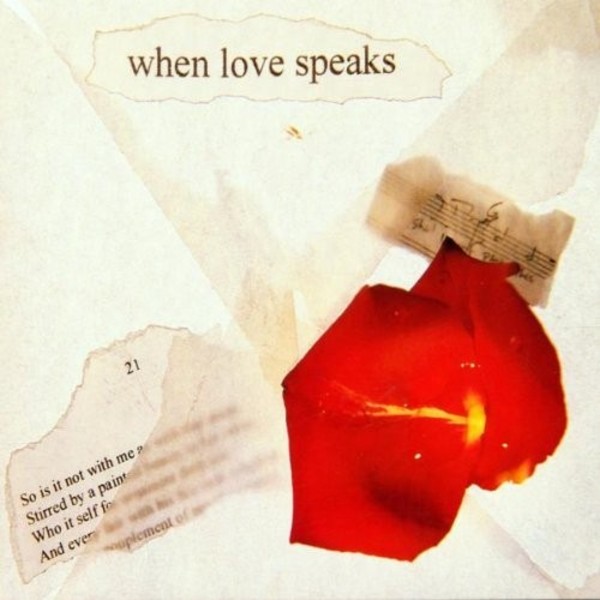 When Love Speaks: Shakespeares Sonnets in songs and words

A selection of William Shakespeare's much-loved sonnets, read by some of the world's finest actors, together with musical settings of passages from his sonnets and plays. The celebrated musicians have been brought together specially for this recording by the composer Michael Kamen. All the texts are included in the full-colour booklet, which features specially commissioned illustrations.

'Shakespeare and I first joined forces when I was in a summer-camp production of Twelfth Night. I played Sir Toby Belch in cowboy style - I was a Mexican Bandido brandishing guns and wearing fabulous boots. We next met in high school where I studied Othello. It was a music and art special school in New York City, with great teachers who encouraged our creativity by exposing us to masterpieces in music, art and literature. Our teacher asked us for a report but suggested that we musicians could write an opera instead, so I did. I based the piece on the original text (despite Verdi and Boito); I wrote well and ambitiously, motivated by the master. If I had completed it it would have
lasted twelve hours as I meticulously set every word! When I submitted the first draft of the first part to the class (singing all the parts) my teacher smiled and said he loved it, but he was only kidding! I forgave him because I loved the Willow Song I had written.

'Joy Gelardi, a London producer, invited me to make a benefit album with friends and workmates based on Shakespeare. I asked several of my friends and was delighted when Annie Lennox agreed; Bryan Ferry and then Des'ree followed soon after. Des'ree introduced me to Joseph Shabalala and he brought his fabulous group Ladysmith Black Mambazo to add their sweet voices to this international collaboration. Rufus Wainwright joined us with a lovely sonnet set to his beautiful music. I was introduced to Keb Mo by Robert Urband and Keb brilliantly joined the party. Barbara Bonney has made my mid-teenage dreams come true by performing my Willow Song! Finally, Joseph Fiennes, who has given us Shakespeare in Love, has contributed with the intro and outro to this recording.

'Alan Rickman heard the early stages of the work and suggested that we could benefit the bard and RADA with the magic actors herein brought together by Lord Attenborough and Nicholas Barter, Ellis Jones, Antonia Gillum-Webb and Lady Samuel. Richard Lyttelton agreed to release this recording to the world and I am grateful to them all for their patient help. Love is speaking, enjoy.'