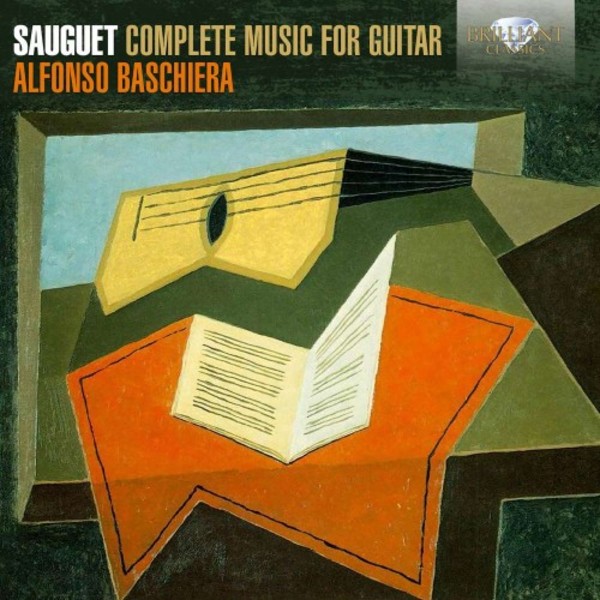 Henri Sauguet (1901-1989) was a favourite pupil of Erik Satie and Charles Koechlin. Later he became closely related to the famous Groupe des Six, the composers around Poulenc, Auric and Milhaud. His fame spread, and he was commissioned to write ballets for Diaghilevs Ballets Russes and Ida Rubinstein. Sauguets style is a reflection of the pluriform development of 20th century music: impressionism, expressionism, Darmstadt School, all had their influence on him. His native language however is one of expressive lyricism, and that warmth of feeling shines through all his works.

Sauguet composed for many solo instruments, but writing for the guitar was where his passion lay, describing the
instrument as very noble and one of the great instruments that belong to all ages. An eclectic, prolific and original composer, his great gift lay in his ability to construct with just a few notes sound sketches that transcend genres, taking inspiration from a wide pool of trends. Sauguet began composing music for the guitar in 1958 with Soliloque, a vibrant, emotionally charged piece in which tonality and modality intermingle with chromaticism, and continued with the elegant harmonic solutions of Trois Préludes in 1970 and the subtle and expressive neo-modality of Musiques pour Claudel in 1973. These two suites, written to celebrate the French writer Paul Claudel, were followed by Six Pièces faciles in 1975, which was more frivolous in nature but nevertheless evocative, with memorable melodic themes. The crowning note in his guitar music writing career came with Révérence à Johann Sebastian Bach, written in 1985 to celebrate the 300th anniversary of the great German composers birth, and Cadence, his final piece for the solo guitar written at the age of 84 and published posthumously in 1990, containing two distinct sections that intertwine, the first part mechanical and regular, the second contemplative and lyrical. This new recording presents Sauguets complete output for guitar.

Alfonso Baschiera studied with Egidio Santinon and Angelo Amato at the Benedetto Marcello Conservatoire in Venice, before specialising with Ruggero Chiesa. He is an experienced performer of guitar music, having recorded the entire repertoire for one, two and three guitars by Ferenc Farkas, and Niccolò Paganinis 43 Ghiribizzi for guitar. He is joined by Federica Lotti on the flute for Six Pièces faciles and Nicola Boscaro on the cello for Révérence à Johann Sebastian Bach.