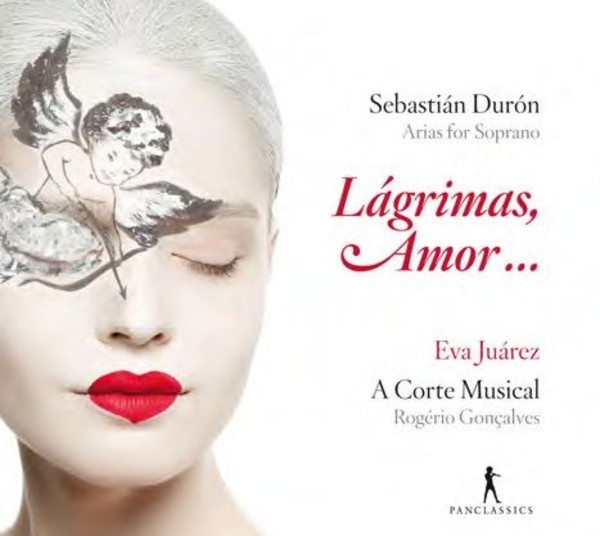 Sebastián Durón was, together with Antonio de Literes, the greatest Spanish composer of stage music of his time. He served as organist and choirmaster at various cathedrals (Seville, Cuenca, El Burgo de Osma, Plasencia) until in 1691 he was appointed master of the Royal Chapel of King Charles II in Madrid. He remained in this position until 1706, when he was suspended because of expressing support for the Archduke Charles of Austria during the War of Spanish Succession, which ended with the victory of the Bourbon King Philip V. Durón was forced into exile in France. He died in 1716 at Cambo-les-Bains, Aquitaine.

Although Durón composed many sacred pieces, his main output was repertoire for the stage, mostly zarzuelas. On the occasion of the 300th anniversary of Durons death in 1716, Rogério Conçalves and his ensemble A Corte Musical, joined by the Spanish soprano Eva Juárez, present on this CD a fine selection of arias taken from his zarzuelas.

The pieces show great originality and dramatic quality and confirm Durón as one of the most important Spanish composers of stage music of all times.

The aria, Ondas, riscos, peces, mares ... from 1706 has haunted me for days; Eva Juárez's crystalline voice floats gently down over single strings, Spanish harp and guitar  breath-taking. ... The programme is framed by energetic songs teeming with cross-rhythms in the lively style of the Villancico. This is an endearing, often revelatory recording, and comes warmly recommended.  George Pratt
BBC Music Magazine June 2016