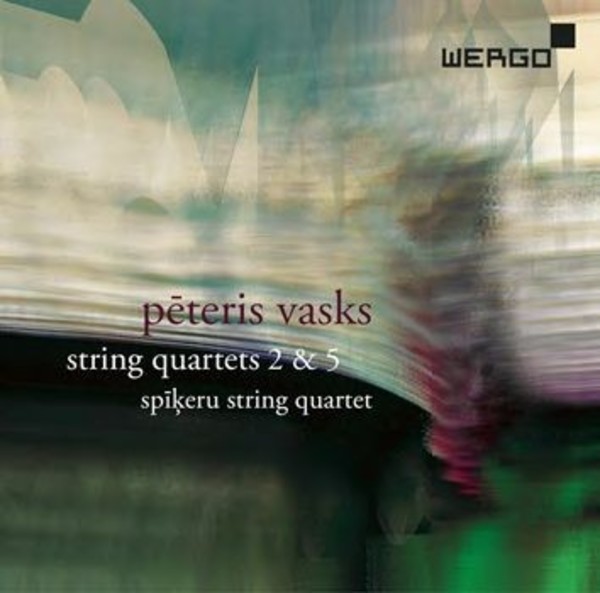 As a child, Peteris Vasks began to study violin. He recalls as his happiest the times when he was able to play in a string quartet. Later Vasks performed as a double-bass player with various Latvian and Lithuanian symphony and chamber orchestras. He says it was clear soon enough that the sound of string instruments was for him the most perfect: Apart from everything else, I was fascinated by cantilena  the feeling of an immense and never-ending chant. It is in the sound of string instruments that my message sounds best  I am able there to sing out in the best way.

Vaskss pantheistic love of nature is mirrored in his String Quartet No.2 'Summer Tunes': I experience God and pray to him in the forest, on the seashore, everywhere, because the world as God created it is so beautiful. The first movement, 'Coming into Bloom', is introduced in a subdued and flowing manner until the music settles. The second movement, 'Birds', with its free imitations of birdsongs, ranks among the most elaborate of Vasks compositions. The third movement, ,Elegy, ushers in autumnal resignation.

The String Quartet No.5 consists of two contrasting movements with poetic titles: 'being present' and 'so distant ... yet so near'. This opus explicitly reveals the dualism of images and moods so intrinsic to Vaskss music, to which the composers written introduction bears witness: The first movement immediately ushers in an atmosphere of emotional high tension. The dominant musical atmospheric elements are dramatic and turbulent. [...] The second movement is the quartets quiet, unhurried, songlike section  a forgiving, love-filled gaze upon a world tormented by pain and contradictions. Gradually, the singing becomes more personal, emotional, and dramatic. [...] The quartet dies away in a mood of radiant sorrow. One cycle has ended. We continue to live.

Normunds nēs ingratiatingly airy sound has both presence and bloom to commend it, and this is indeed a release which deserves every success.  Andrew Achenbach
Gramophone March 2016