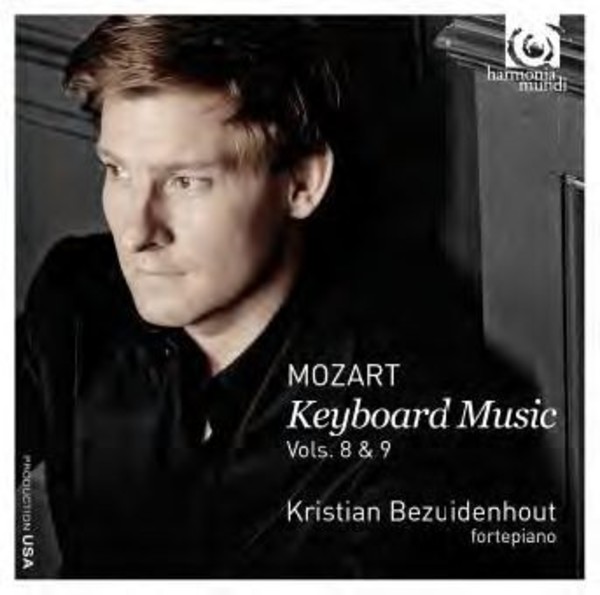 Fortepianist Kristian Bezuidenhout brings to a close his universally acclaimed Mozart cycle. The selections heard here range from the most famous (Sonata K545) to the least familiar (Fragments K312 and K400).

Bezuidenhout plays a copy of an 1805 Viennese fortepiano from the Alexander Skeaping collection, recorded with a perfect combination of clarity, intimacy and justness of perspective. And in every bar Bezuidenhout establishes his complete mastery over the instrument by means of an extraordinary delicacy and refinement of touch and shading. Hes a remarkable virtuoso, and a dazzlingly imaginative, multi-skilled Mozartian - Max Loppert: BBC Music Magazine, February 2015

"So if you can only afford one volume of this series, which would it be? I refuse to say. Hear them all. - David Patrick Stearns: Gramophone, February 2015

The final instalments of Kristian Bezuidenhouts Mozart survey are as stylish as the previous seven volumes: with his bold, sensitive playing, the South African is the leading fortepianist of his generation. [...] On his modern keyboard  a Czech copy of an 1805 Viennese instrument  the sound is sweet, nutty and declamatory. Above all, Bezuidenhout knows how to make a fortepiano sing. Kate Molleson
The Guardian 15 January 2016

These discs maintain the brilliant standards of previous issues. One of the South African Bezuidenhouts great qualities is the naturalness of his ornamentation. It springs from the music, as opposed to being added on because its the thing to do. As well as sonatas (K279, 280, 545, 576), the recording includes fascinating rarities such as the late G minor sonata fragment, K312 (completed by Robert Levin), and  for me  discoveries such as the ravishing, Bach-like Allemande from the baroque suite K399. A treat.  David Cairns
The Sunday Times 6 March 2016