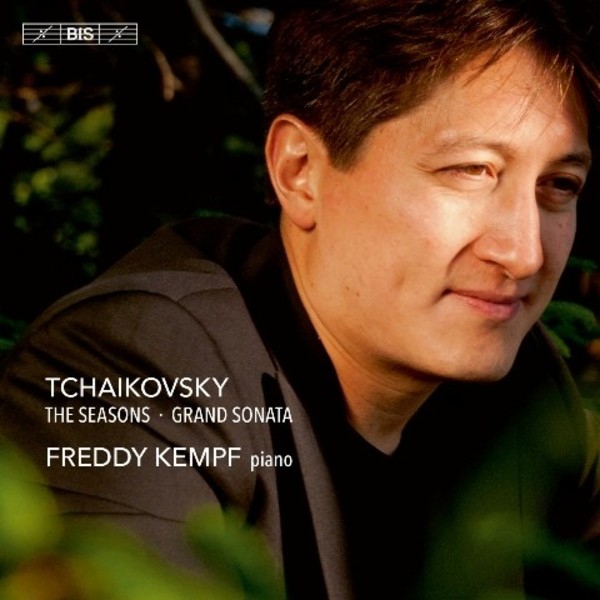 Pyotr Tchaikovsky composed one of the most popular piano concertos in the repertory, but in solo recital programmes his name is rarely seen. His output includes two large-scale sonatas  a youthful work in C sharp minor, and the Grand Sonata in G major recorded here  and a large number of short pieces published either singly or as collections.

This type of work was profitable for composer and publishers, and an indication of the relative commercial value comes from a letter in which Tchaikovsky offers his publisher the Grand Sonata for only 50 roubles, but asks 240 roubles for the twenty-four little pieces of his Childrens Album, Op.39.

A work of big, public gestures, the sonata is anything but childish and to a large extent Tchaikovsky keeps the lyrical ideas that came so naturally to him firmly under control. In contrast, lyricism was given free rein two years earlier, in the twelve pieces that make up The Seasons. They were the result of a commission for a series of piano pieces to appear in a monthly St Petersburg journal. As with much of his work in this genre, the ultimate model is Schumann: January, for example, combines hints of Schumannesque Innigkeit with Tatianas music in Eugene Onegin.

With this recording, Freddy Kempf, who made his acclaimed début recording with Schumann's Carnaval and has gone on to demonstrate his versatility in programmes taking in Bach as well as Liszt and Stravinsky, now adds Tchaikovsky to his discography.