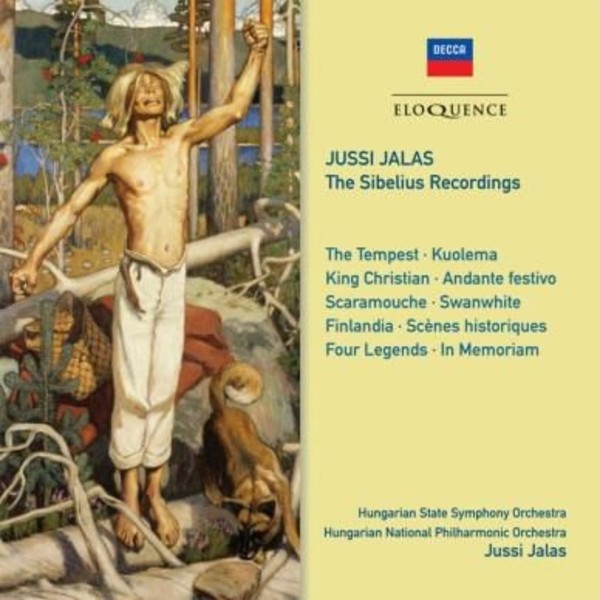 His teachers included Pierre Monteux, and he taught at the conservatory named after his father-in-law between 1945 and 1965. Later, he directed the Finnish National Opera, where he gave the Finnish premieres of Peter Grimes and The Rape of Lucretia.

At the time of their release, the recordings collected here were a revelation for the many listeners who were completely unfamiliar with the theatrical side of Sibelius's work as a composer. Scaramouche received its first recording as part of the 1975 LP release. The recordings still reveal an uncommon sympathy for, and understanding of, some of Sibelius's lesser-known music.

The recordings of Finlandia, Andante festive, Four Legends and In Memoriam are released on CD for the first time.

Naturally, [Jussi Jalass] views carry special authority, and no one listening to this record can do so without interest. Tempi are eminently well-judged and great attention is given to detail. - Gramophone, September 1976 [Four Legends, In Memoriam]

The Love Song (in Scènes historiques) is played with great tenderness and feeling [] Jalas distils great atmosphere and tranquillity in the Scene with cranes. - Gramophone, November 1977 [Finlandia, Kuolema, Scènes historiques]