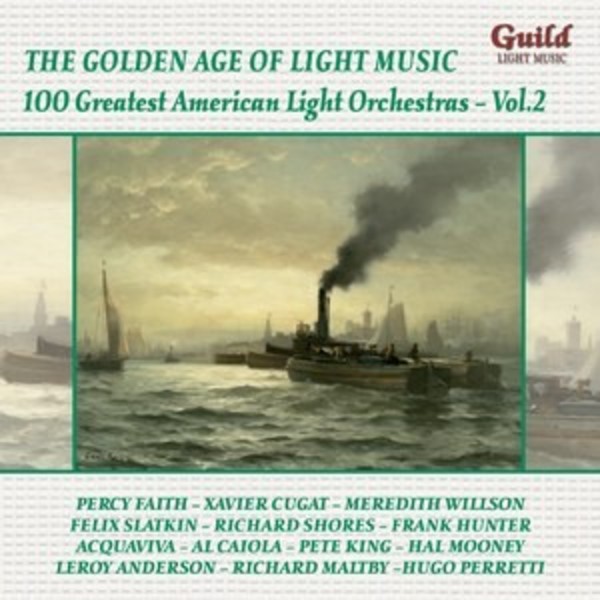 Guilds tribute to the Greatest American Light Orchestras continues with another selection of well-known names leavened with some of the equally good but less familiar ones. Thus, among the 25 orchestras featured here, we find Xavier Cugat and Leroy Anderson rubbing shoulders with Walter Scharf and Frank Hunter.