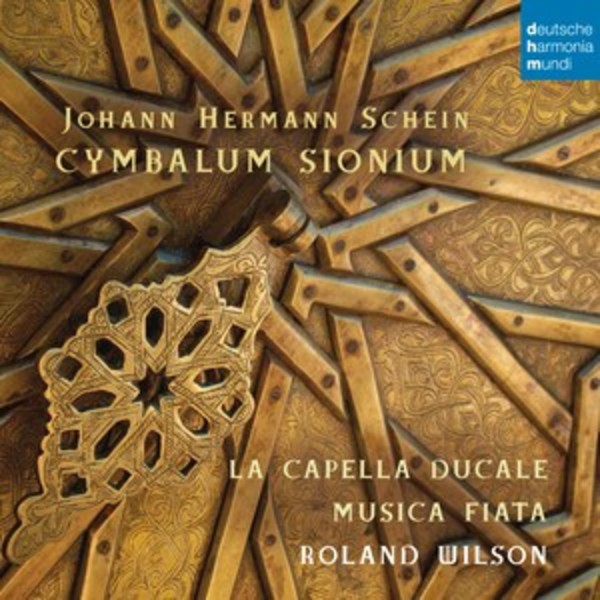 This exciting 15 track release from period ensemble Musica Fiata is a rare treat, featuring the work of composer Johann Hermann Schein (1586) and the heterogeneous collection of motets that make up his Cymbalum Sionium.

Although Cymbalum Sionium has always attracted musicological interest, performances of most works have been very rare up until now. Scheins melodic gifts, harmonic sensitivity as well as feeling for varied affects and great sense of structure, enabled him to absorb so many musical influences, imbuing them with the freshness of a gifted young composer, and creating music which still moves us today.

Cymbalum Sionium contains a mixed bag of styles, including madrigalesque pieces for five or six voices such as 'Gehe hin' and 'O Domine Jesu Christe', a dialogue 'Wo ist dein Freund hingegangen', eight part polyphonic motets for single choir, and multiple choir motets in the style of Gabrieli. Pieces for major feasts such as Christmas and Easter stand alongside motets for weddings and funerals.