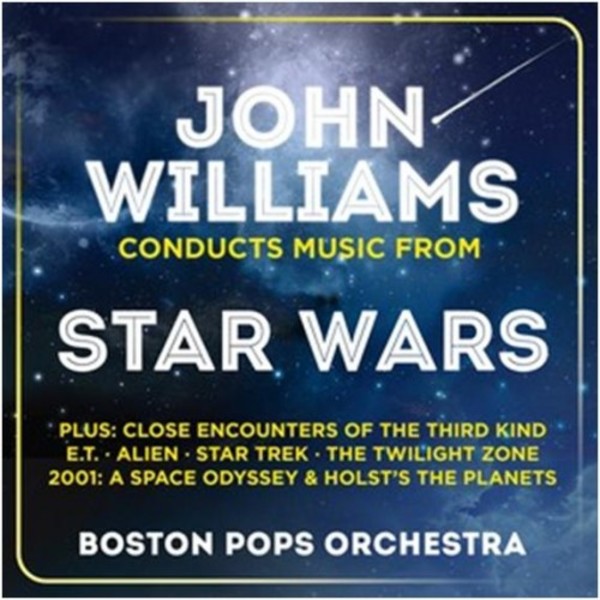 This album contains a selection of highlights from John Williams' classic scores for Star Wars, The Empire Strikes Back, and Return of the Jedi, plus highlights from his stylistically similar work for E.T., Close Encounters of the Third Kind, 2001: A Space Odyssey, Alien, Battlestar Galactica, Star Trek (Film and TV) and Twilight Zone.

In addition, the album includes Gustav Holsts most popular work, The Planets.