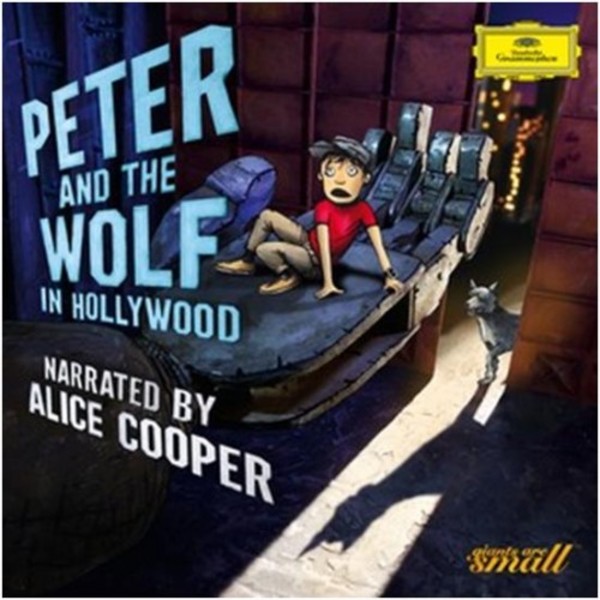 A brand new DG recording of Prokofiev's children's classic 'Peter and the Wolf', coupled for the first time with a specially-written prequel. The story is now placed in a contemporary Los Angeles setting with a thrilling plot full of suspense and humour. The prequel places Peter and the Wolf in Hollywood, whilst weaving together excerpts from Wagner, Mahler, Elgar, Puccini, Mussorgsky, Prokofiev, Schumann, Satie, Zemlinksy, Grieg and Smetana.

Young, orphaned Peter comes to live with his hippy grandfather in LA and is having the time of his life when suddenly his trip is interrupted by a special news bulletin: a wolf has escaped from the zoo! A tumultuous series of events follows including Peter, his grandfather, a duck, a cat, a little bird, the police and the insatiable paparazzi (as the hunters) and of course, the wolf. Peter, by capturing the wolf, becomes a hero and a Hollywood celebrity.

The music is performed by Germanys National Youth Orchestra under the baton of Alexander Shelley, and the release is coupled with the release of a brand new app  Peter and the Wolf in Hollywood. The app offers an interactive, playful and educational experience for children with all elements of the production  story, graphics and music. The child interacts with content in all sections, including the main story and the music of both the main story and the prequel.