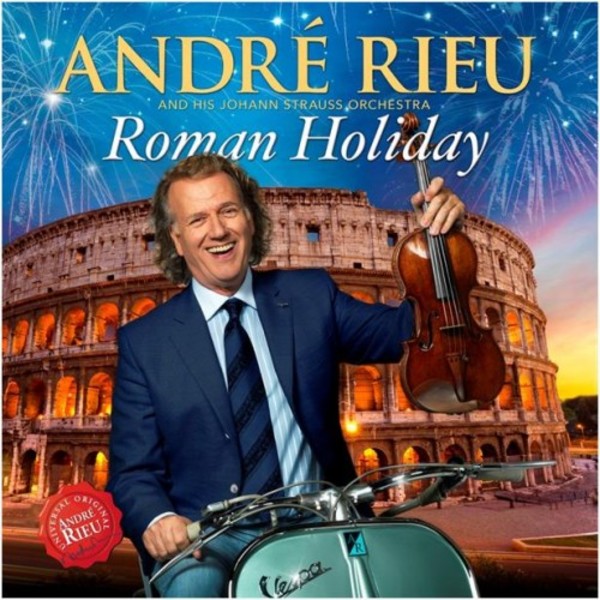 Andre Rieu's Johann Strauss Orchestra, the largest private orchestra in the world, is now the world's most successful, having played for more than 15 million people. In Melbourne, 2009, he played his biggest concert ever for an audience of 43,000. He has sold over 35 million albums and DVDs worldwide, and led popular music of a bygone era into the pop charts almost 150 years later.

His new album is a declaration of love to the eternal city of Rome. On 'Roman Holiday', André Rieu dedicates himself to the most beautiful and popular Italian melodies, interpreting them in his very own way.

Just like Strauss himself, who preferred to perform in public parks rather than the salons of high society, Rieu stands in the centre of the stage at his concerts, amidst extravagant sets and a huge ensemble of musicians and chorus.

Also like Strauss, Rieu conducts his orchestra with his violin bow, and breaks the dusty rules of classical music by making jokes, telling stories, and occasionally even adding a dash of slapstick comedy. All the while, the audience clap enthusiastically in the aisles, sing, hum and dance.

"I try to have fun on stage and also involve the audience", he says. "I think that classical music has lost its contact with the people. I'm happy when I play for the crowd and can be with them. That's what I do, and I simply love it!"

With around one hundred concerts a year and over 35 million CDs and DVDs sold, André Rieu is one of the most successful artists of our time.