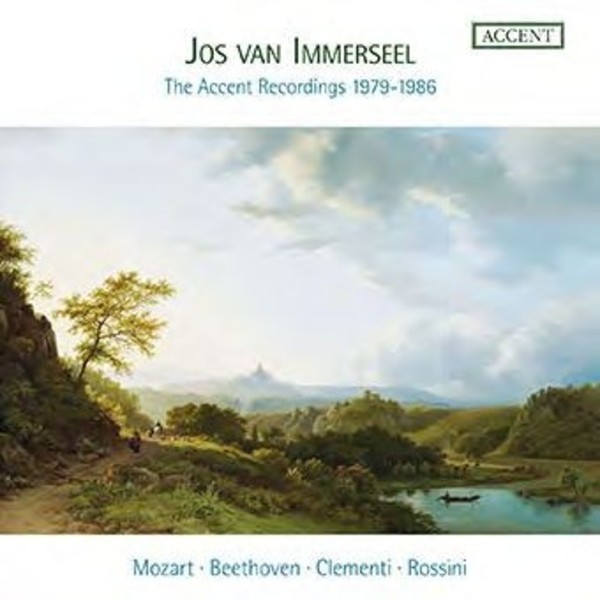 Jos van Immerseel is one of the leading representatives of historical performance practice today. Alongside his great commitment to Renaissance and Baroque music, he has consistently broadened his view of the classical and romantic repertoire as well. With the Ensemble Anima Eterna, founded by him in 1987 and performing on historical instruments, he set new standards with recordings of the works of Mozart, Beethoven, Ravel, Rimsky-Korsakov, Poulenc and, most recently, Orff.

On the occasion of Jos van Immerseel's 70th birthday in November 2015, this box offers a backward glance at the time when Jos van Immerseel, as the winner of many international competitions and prizes, still focussed primarily on keyboard instruments.

During the late 1970s, the pupil of Flor Peeters, Eugène Traey and Kenneth Gilbert began his collaboration with the Belgian label Accent, resulting in a series of solo piano recordings with works of Clementi, Mozart and Beethoven which can still stand comparison today.

Alongside this purely soloistic contribution, Jos van Immerseel was also much in demand as a chamber music partner for Octophorus, the oboist Paul Dombrecht and the countertenor René Jacobs.

This retrospective is rounded off with a final Accent recording from 1986 with Rossini's 'Petite Messe Solennelle' (in the chamber-music version), directed by Immerseel from the piano.