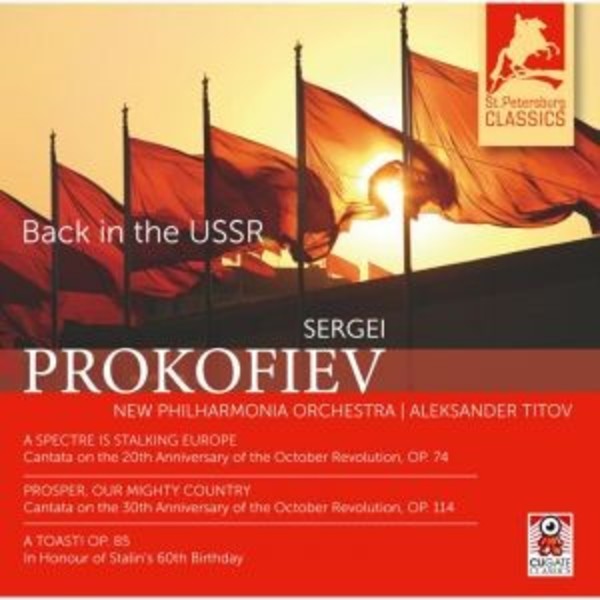 Prokofiev - Back in the USSR

The three works on this album belong to a large group of masterpieces, which dispels the myth that Prokofiev  shaker of foundations and daring innovator  became, after his return to the USSR, an acquiescent traditionalist.

As a result of the Soviet governments permit to tour abroad, he lived for more than 18 years outside the country. On his return to his homeland, he entered actively into the building of socialist musical culture. However, he also recognized soon the reverse of the medal: the socialist realism with its official preference for simple folk melodies, composed in a mood of profound optimism and easily understood by the masses led to conflicts with progressive composers. They all were exposed to persecution in the press, deprived of work and doomed to poverty.

Thus Prokofiev was forced to play by the rules of the game. Nevertheless, in his work there remained too much that conflicted with the ideals of the construction of communism. If one compares the music with the lyrics, it is easily recognizable that Prokofiev treated the sacred revolution musically with his own accurate and almost indiscernible irony.