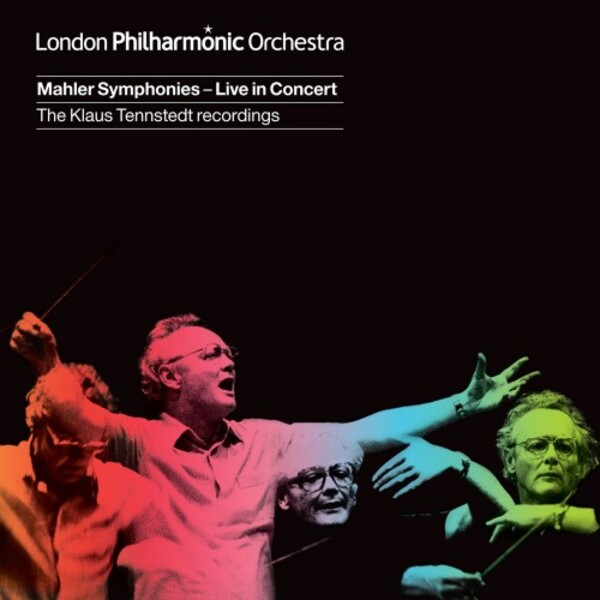 This 9 CD boxed set features live recordings of a selection of Mahlers symphonies, documenting the extraordinary relationship between Klaus Tennstedt and the London Philharmonic Orchestra, which was characterised by life-affirming concerts and a genuine connection between musicians, conductor and audience.

Each symphony in this boxed set has been previously released on the LPO label to critical acclaim. Exclusive to this collection, however, is an earlier performance of Mahlers Symphony No.2, recorded in 1981, and starring soloists Heather Harper and Doris Soffel. Reflected in the recording from 1981 is a conductor in good health, clearly revelling in his relationship with his romantic orchestra; while the 1989 performance features a last movement that is of truly epic proportions. What we hear is that what Tennstedt lost in physical wellbeing in the intervening years, he more than made up for in dark intensity and angst.