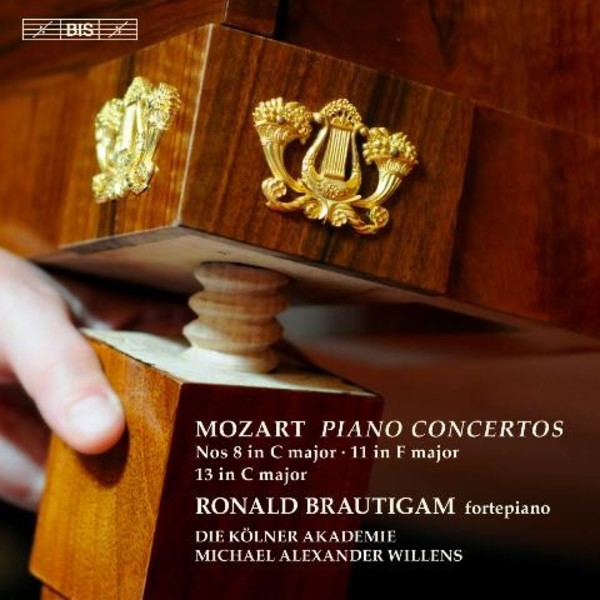 This is the ninth instalment in Ronald Brautigams series of the complete piano concertos by Wolfgang Amadeus Mozart. As on previous discs, Brautigam's muscular yet sensitively nuanced command of Mozartian discourse (BBC Music Magazine) is supported by Die Kölner Akademie under Michael Alexander Willens.

The opening work on this instalment is the C major concerto, K 415, which was first performed on 23rd March 1783 in the presence of Emperor Joseph II. K 415 was composed in conjunction with the Concerto No.11 in F major, K 413, which in contrast is a more intimate creation, especially in its Larghetto middle movement, in which Mozart achieves some of his most memorable writing, with the various textures of the orchestra providing a cushion of sound for a delicious cantabile aria for the piano  a model that was to become almost a trademark of his later concerto slow movements.

The disc closes with Concerto No.8 in C major, K 246, composed some six years earlier. Mozart wrote it for Countess Antonia Lützow, one of his fathers pupils, and in terms of technical difficulty, it is among the least demanding of his piano concertos  which nevertheless didnt stop Mozart from performing it himself on several occasions.