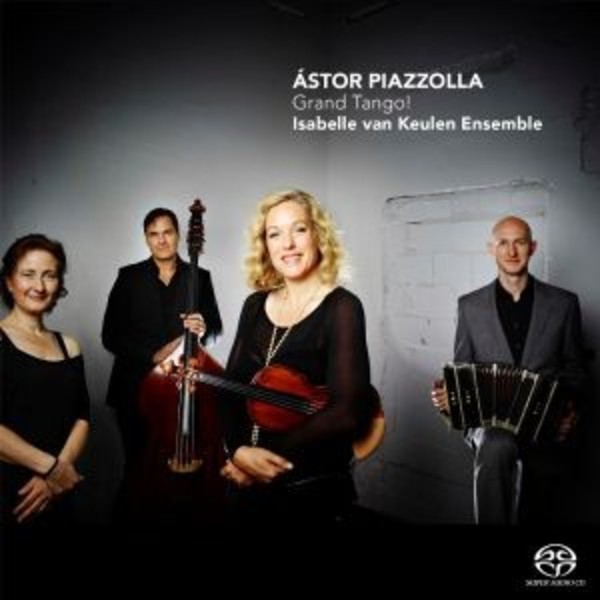 The second album in the critically acclaimed Tango project by the Isabelle van Keulen Ensemble, consisting of more tantalising compositions by Ástor Piazzolla, transmits the poignant beauty, strength and melancholy of the Argentine composers music in a gripping way.

The Isabelle van Keulen Ensemble was formed in 2011 by the internationally renowned Dutch violinist and violist Isabelle van Keulen, following her Carte Blanche concert series in the Concertgebouw Haarlem, the Netherlands, with the aim of performing Ástor Piazzollas Tango Nuevo masterworks to the highest technical and musical standards.

Together with bandoneònist Christian Gerber, also one of the leading performers of his generation and winner of several prizes (among them the Deutsche Schallplattenpreis), pianist Ulrike Payer, well-known for her versatility and sensibility in various musical genres, and double-bass player Rüdiger Ludwig, a charismatic musician and Co-Principal of the NDR Orchestra Hanover, they overwhelmed their audience on their first appearance. The result was a series of high profile concerts at the Concertgebouw Amsterdam, Rheingau Music Festival, Schleswig Holstein Festival, Delft Festival and elsewhere.

In 2013 their first, highly-praised CD and DVD Tango! appeared on Challenge Classics with well-known works by Ástor Piazzolla. As part of the DVD edition, Challenge brought out a documentary about the making of the CD, Music from the Heart. Following this success, several tours were planned in the UK, Switzerland and Benelux.

Stands out for its exemplary performances rich and idiomatic the group successfully captures the essence of Piazzollas compositions, both their nostalgic Romanticism and their seductive drama.- The Strad (Review of 'Tango!')