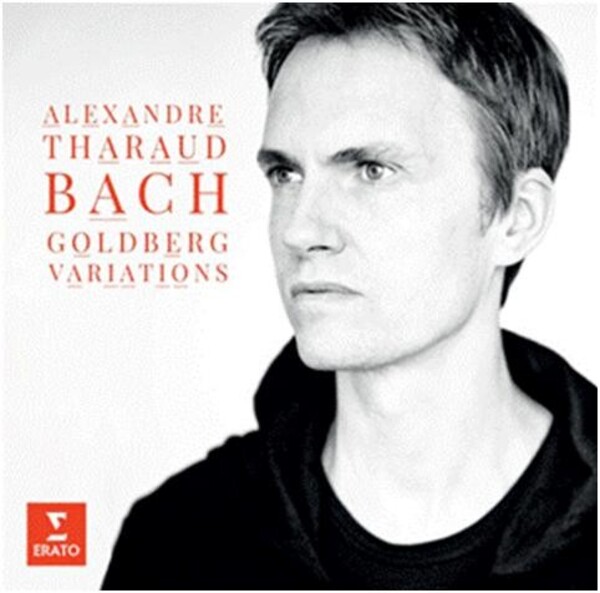 Music of the Baroque era  J S Bach keyboard concertos and Scarlatti sonatas  already features in the eclectic Erato catalogue of the French pianist Alexandre Tharaud. Now he is giving us his interpretation of one of the monuments of the repertoire for piano (and harpsichord), Bachs Goldberg Variations.

Bach is the father of all composers, Tharaud has said. He is the one who opened the way. When I am tired, or not playing at my best, I return to Bach. He refocuses me, he gives me new strength. His music has a centre, but it has no end ... To play Bach, you need to feel in harmony with yourself, to feel humble  Bach really is a matter of humility ... You cannot hide anything.

Published in 1741, the work  which lasts over an hour  comprises 30 variations on an initial aria. Indeed, Bach originally called it simply 'Aria mit verschiedenen Änderungen' (Aria with diverse variations), but its commonly-used title derives from the name of the harpsichordist (Johann Gottlieb Goldberg) of Bachs Dresden patron Count Keyserlingk. It was written for a dual-manual harpsichord, and thus makes considerable demands on a pianists dexterity in the contrapuntal writing. It also contains very little in the way of directions for interpretation, so all in all it represents a mighty and exciting challenge to the performer.

Alexandre Tharaud prepared for this challenge  and for his first concert performance of the Goldberg Variations, which took place in April 2011 in Barcelona  with nine months sabbatical from public performance. By taking a break from the stage I had an opportunity to work without having to look forward, to be free of stress, not having to worry about my timetable. In our normal life, we musicians always have to be thinking about a forthcoming concert, whether its the next day or three years off. I had the luxury of examining just a few notes from every angle. Its exciting to spend five hours on a single bar ... Perhaps its a question of maturity  of taking ones time, questioning oneself, of simply being alone with the piano and working on ones playing ... Like an archaeologist, Im digging away at the unknown, Im searching. That was why I needed to stop for a while, and above all to spend time away from the concert platform.

Once he returned to a more conventional routine, Tharaud scheduled groups of four or five performances of the Goldberg Variations at intervals of six months or so, all the while working towards this recording, which was made in February and April 2015 in Aix en Provence.

Almost inevitably, the spirit of the idiosyncratic Canadian pianist Glenn Gould (1932-1982) hovers around any new recording on the piano of the Goldberg Variations: he has been credited with transforming perceptions of Bach played on a modern instrument. Tharaud readily points out that the first CD he bought, at the age of 15, was one of Goulds recordings of the work. While I might describe myself as a free electron, Gould was more of a UFO! No-one played like him and no-one can play like him ... His playing, his reinvention of the music create a total experience that I find fascinating, and I learned a great deal from him ... The Goldberg Variations is a work that is renewed each time it is recorded. Generally, I am someone who likes to have my expectations defied, to have my assumptions challenged  whether were talking about my tastes or the way I live  and great works of art change your life.