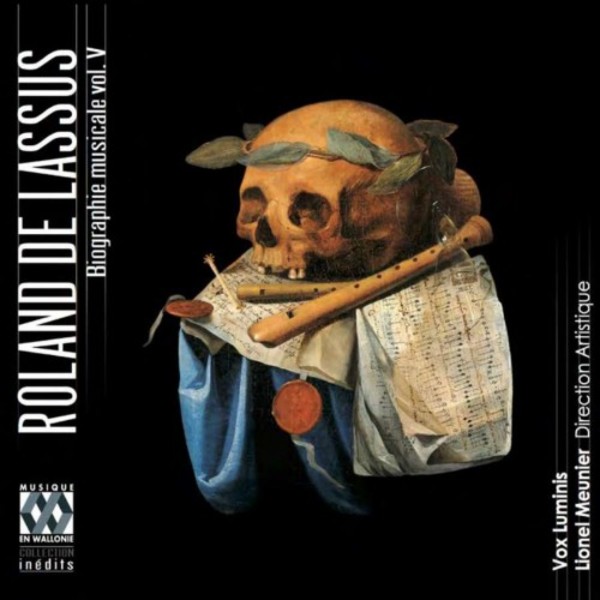 The last of our five-CD series dedicated to 'Lasso: a musical biography' is not strictly biographical, but intends to report in all their diversity the immense celebrity of his works, from his beginnings up to posthumous publications, spread by publishers-printers from France, the Netherlands, Italy and Germany.

It ends with one of only two 12-part compositions written by him, a grand motet for wrapping up this quintuple tribute to the greatest composer of the second half of the sixteenth century.

The works are performed by Gramophone Recording of the Year winners Vox Luminis, directed by Lionel Meunier.

The 12 voices of Belgian ensemble Vox Luminis put their faith in tonal focus and sweetly balanced textures. Though one might expect from that a certain coolness, their singing produces music-making of intimate, aching beauty. The recorded sound, gently resonant, is perfect...A marvellous disc. - Gramophone Magazine, Awards Issue 2011