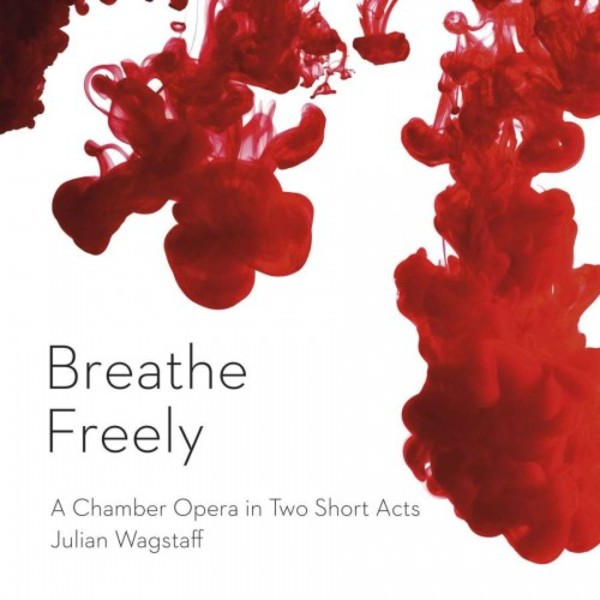 Breathe Freely is a new opera by contemporary Scottish composer Julian Wagstaff. Written for three singers and piano trio, it is a chamber opera in two acts set in 1943 against the backdrop of the Second World War.

At its heart, Julian Wagstaffs opera is a manifold celebration of human endeavour, history, interest, compassion and, of course, chemistry at the University of Edinburgh. It recounts the semi-fictional story of several real and extraordinary chemists who helped to make the Chemistry department the extraordinary institution it is today: Romantic pragmatist Stanisław Hempel, endearing perfectionist Chrissie Miller and Professor James Kendall FRS, whose book is the basis for the synopsis.

Breathe Freely was premiered in 2013 to celebrate the tricentenary of the appointment of the first Chair of Chemistry at the University of Edinburgh.

Also included on the recording is Wagstaffs trio 'A Persistent Illusion', for clarinet, cello and piano, commissioned to celebrate the International Year of Chemistry, 2011. The title refers to Einstein's observation that the distinction between the past, present and future is merely a stubbornly persistent illusion.

Julian Wagstaff first came to public attention in 2001 with the musical 'John Paul Jones', based on the life of the Scots-born sailor and hero of the American Revolution. The musical was revived in 2010 in association with the Scottish Chamber Orchestra.

A specific interest in German history is reflected in 'Treptow' for string orchestra (2005), Wagstaffs most performed work. Wagstaff enjoyed a sell-out success on the 2007 Edinburgh Festival Fringe with his opera 'The Turing Test', about the quest to build a truly intelligent machine.