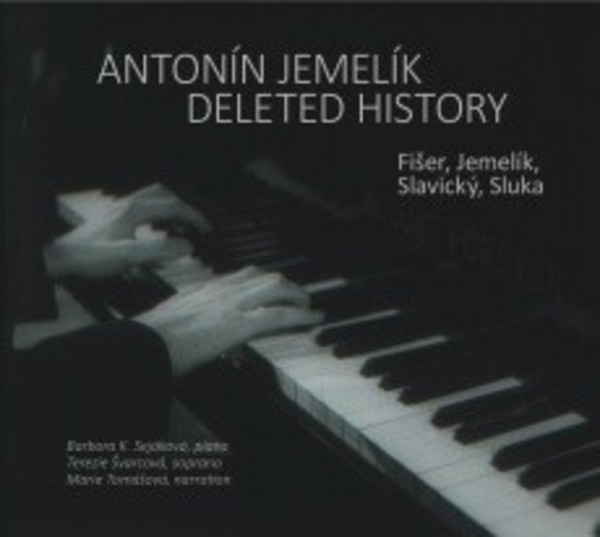 We believe 'Deleted History' to be one of the most important recordings to enter our catalogue. Antonin Jemelik (1930-1962) is regarded as one of the greatest Czech pianists of his generation. The few recordings that he made for Supraphon - concertos by Khachaturian and Borkovec - do not appear to be available at present (although copies may still be found).  Some pieces by Scriabin would also have been recorded. Broadcasts that Jemelik made for Czech Radio fell victim to a purge of tapes that were erased.

Jemelik was also building a career as a composer, and becoming a musical personality to be reckoned with. On 14th January 1962, Jemelik found himself in one of those situations that cannot be explained. He was killed, or murdered, by gas while meeting a female friend, who may have been an agent of the government, or from another country, by the StB, the Czechoslovak Political Police.

'Deleted History' features piano music by Lubos Fiser, Lubos Sluka and Klement Slavicky, all of which is inspired by and dedicated to the memory of their friend and colleague Antonin Jemelik. These are powerful works, adding to our knowledge of Czech music composed in the 1950s and 60s, that make a lasting impression. Barbora K Sejakova is their superb interpreter.

In their superbly produced and recorded album, Arta include detailed programme notes and all the sung and spoken texts.