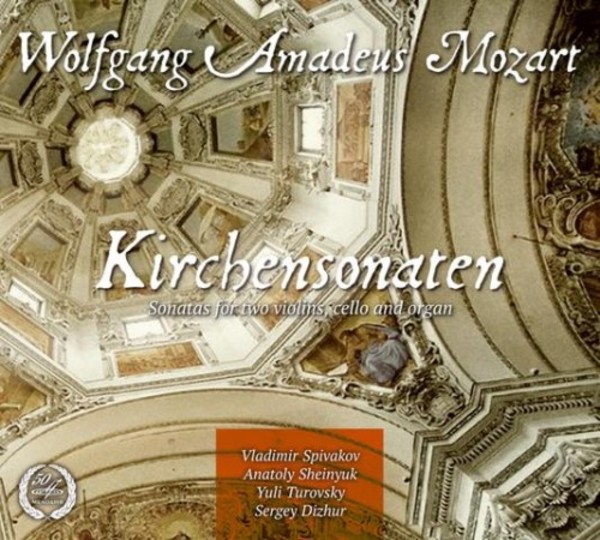 Vladimir Spivakov is known for his Mozart interpretations as a soloist, chamber ensemble member and conductor. In his renditions, Mozarts concertos, violin sonatas, ensembles, divertimentos, symphonies and masses preserve the combination of lightness and inner depth, youthful naivety and philosophic wisdom which were so characteristic of the great Salzburger. From the first years of his artistic career, Spivakov showed interest in Mozarts heritage composed in different genres.

Mozart wrote his Church Sonatas in the period of his service for the Prince-Archbishop of Salzburg between 1767 and 1779. Appointed as organist, he was already a skilful violinist as well. Although his one movement 'sonatas' (in fact, these are ensembles for three string instruments and organ) were intended for divine services, they sound rather secular and buoyant.

Mozarts fourteen Church Sonatas were recorded in 1974 by a constellation of brilliant musicians - as Vladimir Spivakov, violinist Anatoly Sheinyuk (now a professor of the Detroit Conservatory), Yuli Turovsky, a cellist and future founder of the I Musici de Montréal Chamber Orchestra, and Sergei Dizhur, one of the best Soviet organists.