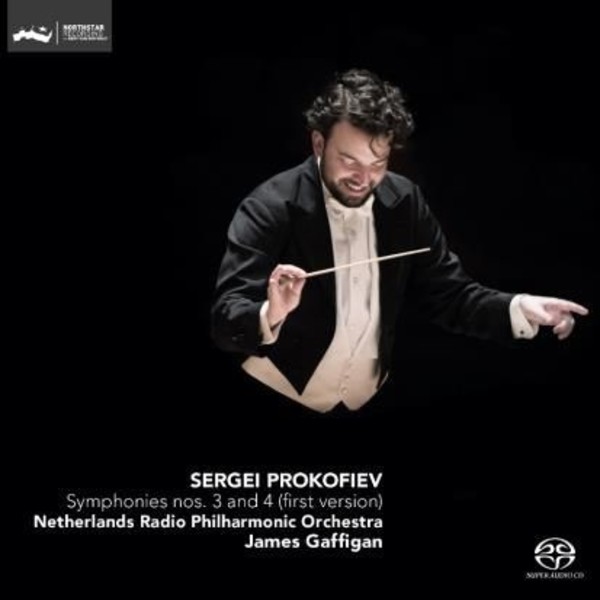 This hybrid SACD is the first instalment in a projected survey - all studio recordings - of the complete symphonies of Prokofiev, performed by the Netherlands Radio Philharmonic Orchestra under its Principal Guest Conductor James Gaffigan.

The project is an important contribution to the discography of the orchestra, that includes the complete symphonies of composers such as Anton Bruckner (conducted by Jaap van Zweden), Gustav Mahler, Rachmaninov (Edo de Waart) and K A Hartmann (various conductors).

Hailed for the natural ease of his conducting and the compelling insight of his musicianship, James Gaffigan continues to attract international attention and is one of the most outstanding American conductors working today. He is the Chief Conductor of the Lucerne Symphony Orchestra. Gaffigan is in high demand working with leading orchestras and opera houses throughout Europe, the United States and Asia, among them the Munich, London, Dresden and Rotterdam Philharmonics, Vienna Symphoniker, Dresden Staatskapelle, Deutsches Symphony Orchestra (Berlin), BBC Symphony Orchestra, the Philadelphia and Cleveland Orchestras, San Francisco Symphony and Los Angeles Philharmonic.

The Netherlands Radio Philharmonic Orchestra, founded in 1945, has built an extensive catalogue, with works from contemporary composers such as Jonathan Harvey, Klas Torstensson, James MacMillan and Jan van Vlijmen, to Wagners Parsifal, Lohengrin and Die Meistersinger von Nürnberg. Their recording of Hartmanns opera Simplicius Simplicissimus in particular has received the highest international critical acclaim. The RFO has been awarded the Edison Classical Oeuvre Award 2014 for its longstanding contribution to Dutch musical life.