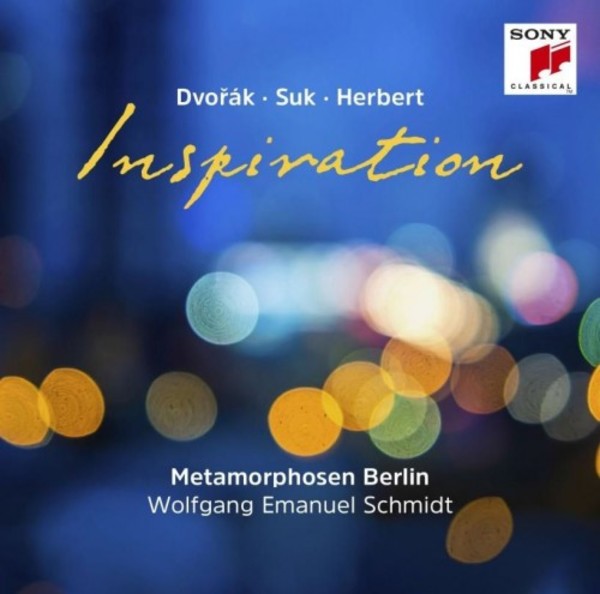 The debut album of the string ensemble Metamorphoses Berlin, under the baton of its leader Wolfgang Emanuel Schmidt, follows the basic idea of 'inspiration' - in this instance, inspiration as the explicitly mutual, creative interaction between Antonin Dvořák, Josef Suk and Victor Herbert.

This triangle of late romantic composers combines more than a stylistic kinship: Dvořák was Suk's mentor and father-in-law at the same time. In this attractive programme of music, one can explore these musical and emotional connections, for example, the similarity between Dvořák and Suk's melodious Strings Serenades, and indeed, Suks 'Love Song', which he dedicated to his wife.

Herbert, one of the most famous of American composers, was a highly esteemed colleague of Dvorák. Originally written for the piano, Herberts 'Character Pieces for Strings' contain a wealth of melody, which the light-heartedness of Dvořák and Suks Abendmusik complement perfectly.

The dreamy, inspirational music of these three composers is perfectly encapsulated by Metamorphoses Berlins performance.