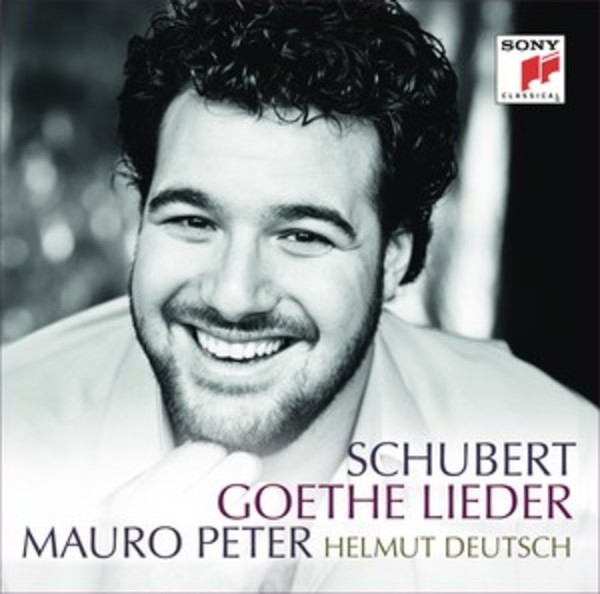 In August 2014 young Swiss tenor Mauro Peter gave a highly acclaimed Lieder recital at the famous Schubert festival 'Schubertiade' in Schwarzenberg, Austria. On the program: famous Schubert songs on poems by Johann Wolfgang von Goethe. Such was the success, that Swiss radio DRS2 Kultur immediately took the decision to record this unique recital and asked Sony Classical to participate in a co-production of the album.

Born in Lucerne, Switzerland, Mauro Peter received his musical training with the Luzerner Singknaben, at the Hochschule für Musik und Theater München with Fenna Kügel-Seifried, and in Helmut Deutsch's Lied class. In 2012 the young tenor was the winner of the Peter Schumann Competition in Zwickau, where he was awarded the 1st Prize and the Audience prize. From the 2013/14 season, he was a member of the Zürich Opera House, where his debuts as Ferrando in 'Cosi fan Tutte' and Don Ottavio in 'Don Giovanni', both in a concert version at the Theater an der Wien under Nikolaus Harnoncourt in spring 2014, were a tremendous success.