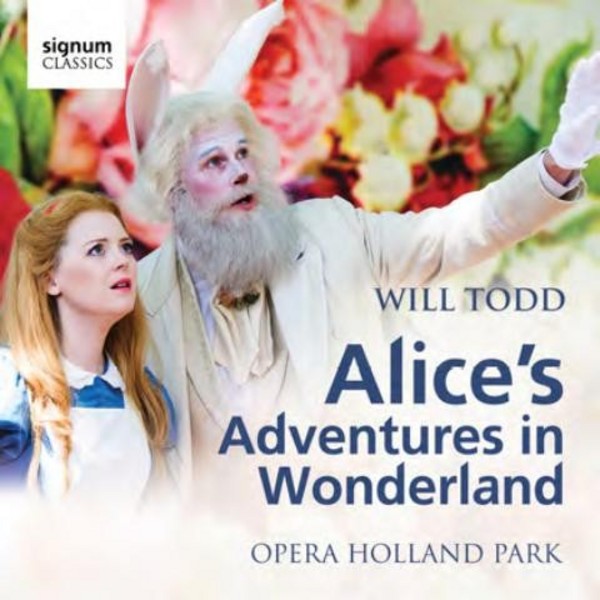 Will Todd - Alices Adventures in Wonderland

11-year-old Alice lives in the not terribly exciting town of Grimthorpe. On a boring Wednesday in the summer holidays Alices family, wandering around town, gets caught in a downpour. They rush into the nearest shelter, which turns out to be a pet shop - much to Alices parents delight. Alice is lost in a daydream of exotic holidays... Suddenly she is jolted out of her reverie by one of the animals, a white rabbit, which starts talking to her...

Opera Holland Parks production of 'Alices Adventures in Wonderland', a family opera by composer Will Todd and librettist Maggie Gottlieb, comes to CD for the first time after two critically praised runs in 2013 and 2014.