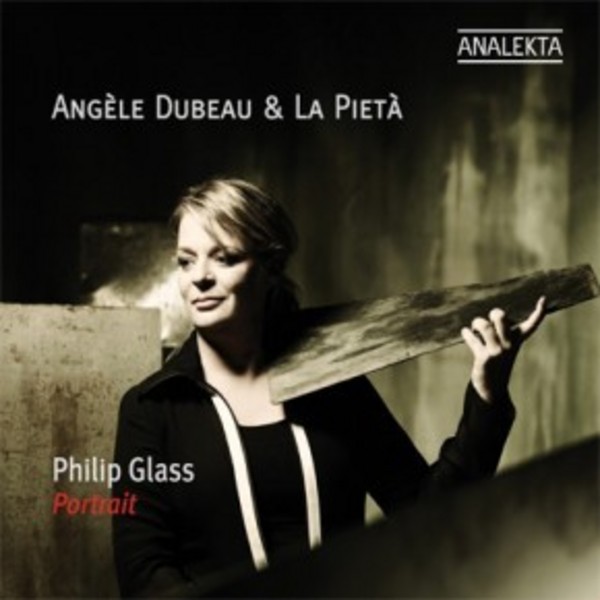 With this recording, Angèle Dubeau strives to paint a dramatic portrait of the composer through some of his most significant works for string chamber orchestra: Mishima, Company, The Hours Suite, and "Closing, from Glassworks.

Minimalism and postminimalism. It would be hopelessly reductive to sum up the particularly fertile oeuvre of Philip Glassone of America's most celebrated contemporary composerswith these two words. They do, however, encompass some of the main thrusts of his work. For instance, he treats the notion of time completely differently, not as a continuity but rather as a succession of moments that fall into one another, without any relationship of cause and effect. As Glass explains in the September 1999 issue of Le Monde de la musique, "We came out of experimental theatre rather than a traditional education imparted by learned professors: our roots were John Cage, Merce Cunningham, the Living Theatre, Grotowsky and Genet. The idea of a different kind of time, one with flexible duration, came more from Beckett than from Indian raga. Moreover, by choosing to treat sound as neutrally as possible, Glass conveyed a desire to abandon reason altogether. By letting themselves be guided primarily by sensations, listeners better perceive the relative flexibility of time and the shimmer of the melodic units, which combine and divide as they seem to build, inducing a meditative state, doorway to a chaotic world that lacks any point of reference or apparent logic, yet nevertheless seems perfectly natural.

From his early years of schooling in Paris, Philip Glass developed a strong interest in the filmmaking of Jean Cocteau. In an interview with Jonathan Cott, Glass recounts: "I first saw Cocteau's films when I went to Paris in 1954 to study French. I was 17-years-old then, and the Paris I saw was the Paris of Cocteau. The bohemian life you see in Orphée was the life that I knew and was attracted to, and those characters were the people I hung out with. I visited painters' studios and saw their work and I went to the Beaux Arts ball and stayed up all night and ran around. [] There was an aesthetic, a view and vision about culture that affected me strongly in my teens and twenties and that has remained as a kernel inside me all this time. So when in the early 1990s I got around to doing a version of Orphée I knew exactly what I wanted to do... as I did with La Belle et la Bête. Both of these works are homages to Cocteau, whom I think of as an important twentieth-century artist.