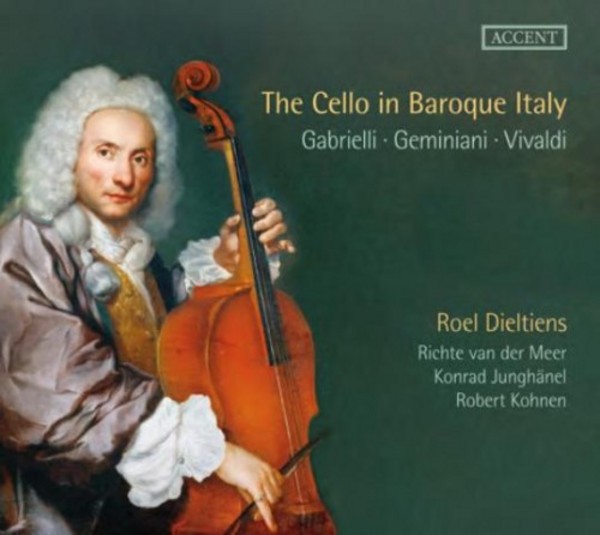 The Cello in Baroque Italy

Sonata in A minor for 2 cellos

Cello Sonata no.4 in G minor

Cello Sonata no.1 in D minor

Sonata in A minor for 2 cellos

Cello Sonata no.4 in G minor

Cello Sonata no.1 in D minor

Compared to the development of the violin, it is surprising that the cello took so long to establish itself as a solo instrument. Already by the mid-sixteenth century, the violoncello doubtless existed as the bass member of the violin family, but it was only used for accompanying purposes over a long period of time: the large, deep violone was difficult to play, whereas the smaller violoncino was easier to handle but had no genuine depth. It was only around 1660 that a compromise solution was found: the violoncino was given a bass string made of gut and entwined with silver that could be played in either a virtuosic manner or with a rich, full tone. Bologna was where this development originated, and it is therefore no wonder that the first composers for the cello were Italian.

The first CD of this anthology, then, presents the origins of the solo literature for violoncello written by Domenico Gabrielli. Works by the next generation of composers surrounding Bononcini - Benedetto Marcello and de Fesch - then spread the fame of the cello throughout Europe.

The second CD is dedicated to the heyday of the cello in Italy, with three violoncello sonatas each by Francesco Geminiani and Antonio Vivaldi. These pieces were composed about a half century after Gabrielli's first cello sonata, forming a culmination in the baroque cello literature before the Rococo style found its way into the violoncello repertoire - beginning in about 1750 - with considerably more artificial and virtuoso bravura sonatas.