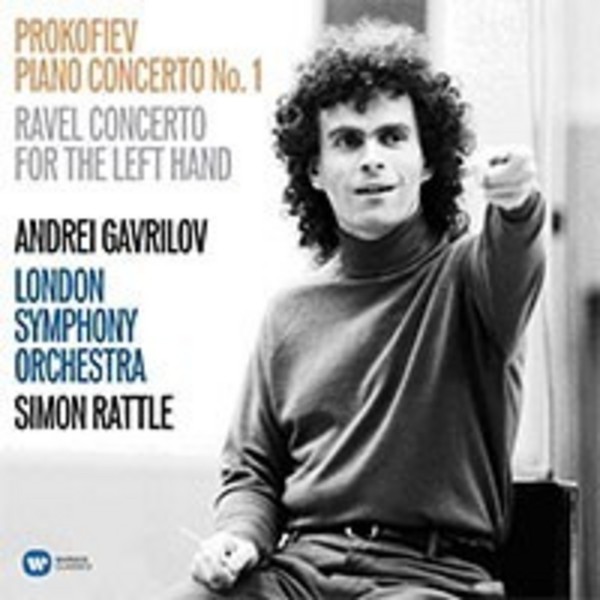 Prokofiev - Piano Concerto No.1 / Ravel - Concerto for the Left Hand

» no.2 Scene. Morning's Dance
» no.9 Dance of the girls with lilies

» no.2 Scene. Morning's Dance
» no.9 Dance of the girls with lilies

In March 2015, after months of lively speculation in the media, the London Symphony Orchestra formally announced that Sir Simon Rattle would become its Music Director in September 2017. This news made headlines in the UK, where Liverpool-born Rattle, despite his departure in 2002 to become Chief Conductor and Artistic Director of the Berliner Philharmoniker, remains a national cultural hero. As Rattle told The Times: I am leaving a world-class orchestra and coming to a very different sort of world-class orchestra. In a video interview, he added: The LSO and I share so many of the same ideals  it just made complete logical sense, and emotional sense as well ... This can be the greatest orchestra in the world. Everybody is pointing in the same direction.

No appearance by Rattle and the LSO is ever likely to reach as many people as their performance at the opening ceremony of the London 2012 Olympic and Paralympic Games, watched by an estimated one billion people worldwide, but it was just the highest-profile date in a relationship that goes back to 1977. At that time, Rattle was only 22 years old and not yet Principal Conductor of the City of Birmingham Symphony Orchestra  he took up that role in 1980 and, as Music Director, left Birmingham 18 years later.

While his concert debut with the LSO took place in October 1977, he had in fact already made his first recording with its players. In July of that year, at Londons famous Abbey Road Studios, he conducted them and soloist Andrei Gavrilov  born, like Rattle, in 1955  in a pairing of two compact, concentrated works: Prokofievs high-octane Piano Concerto No.1 and Ravels brave and intense Concerto for the Left Hand. Gavrilov, who trained at the Moscow Conservatory, had achieved widespread recognition in 1974 when he won the International Tchaikovsky Competition and went on to make his international debut at the Salzburg Festival.

The album, which represented both the conductors and the pianists debuts on the HMV label, is the earliest Rattle recording in the Warner Classics catalogue. When it was originally released in 1978, Gramophone said: ... However high your expectations may be, I would be surprised to learn that they were disappointed ... This newcomer is second to none in both works, and praised the young Rattle as a conductor of keen responsiveness and sensitivity. The recording went on to win a Gramophone Award in 1979.