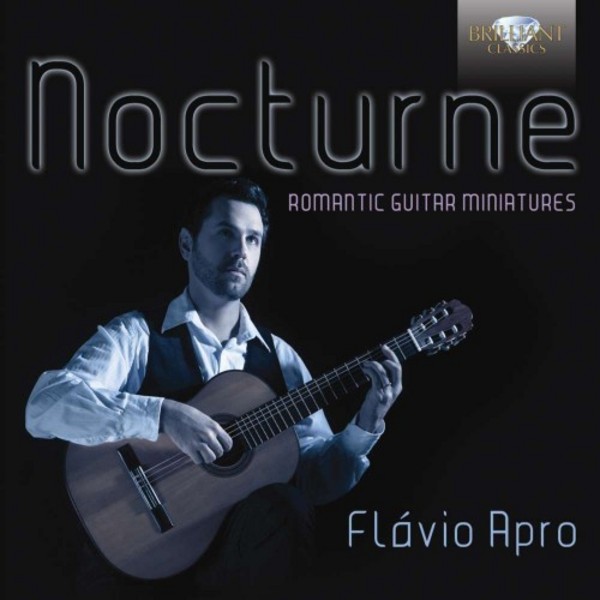 » no.5 Sulle quarte 'Campane a valle' (Bells in the valley)

Prelude in A major

» no.5 Sulle quarte 'Campane a valle' (Bells in the valley)

Prelude in A major

'Nocturne' is a unique concept album of romantic and meditative guitar music, with works selected and performed by acclaimed Brazilian guitarist Flávio Apro. Also an accomplished teacher, producer, researcher and arranger, Apro studied guitar with Monina Távora  who in turn was a student of the legendary guitarist Andrès Segovia.

Távora, who died in August 2011, had a profound influence on Flávio Apro, who says her teaching changed the way I thought about music forever. 'Nocturne' is a fitting and poignant tribute to this inspirational teacher.

Apro has compiled the works here into what he calls the 'Nocturne Suite'  a cleverly thought‐out succession that fosters contemplative listening. The keys of each piece follow on from each other according to the notes of the scale, while the alternating tempi of the works, with fluidity interspersed with moments of rest, encourage a truly appreciative sense of time.

Apro describes this recording as his gift to Monina Távora - the recording showcases the profound understanding of music that she has passed on to him, and which he in turn is passing on to you, the listener.