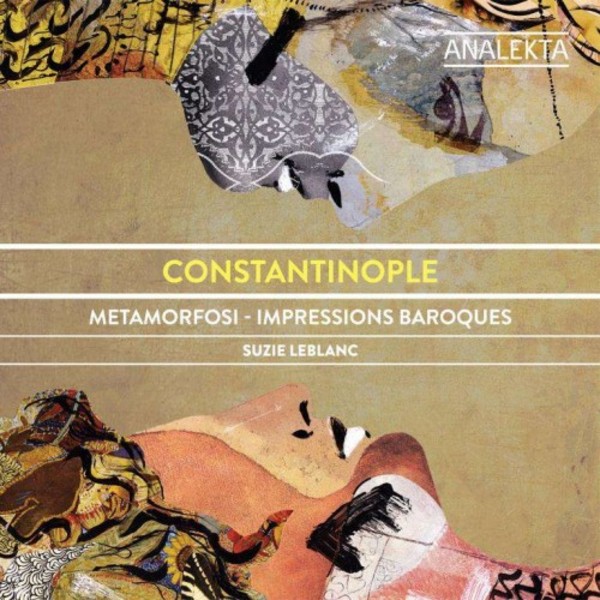 This awareness of belonging to several space-times is as basic to us as respiration, as inspiration. That pretty much sums up Ensemble Constantinople's open and unifying musical projects. Here is yet another one, under the Analekta label: 'Metamorfosi  Impressions Baroques'. With this thirteenth album, the group follows the course set by their previous album, 'Early Dreams'.

Once again, Constantinople conceived of 'multif aceted' encounter, inviting Baroque violinist Miren Zeberio and singer Suzie LeBlanc, one of the most sought-after early music sopranos of her generation, to explore and revisit new tracks. These tracks are taken from the repertoire of Italian composers relatively unknown to the general public, yet some of the finest composers of the second half of the 16th and early 17th century. Together, they deliver their own Baroque impressions, creating at the same time a junction point between two dimensions: time and place.

Founded in 1998 by Kiya Tabassian (setar, voice and artistic direction) and Ziya Tabassian (tombak and percussion), the Ensemble welcomed viola da gamba player Pierre-Yves Martel to its ranks in 2008. We have made migration and the mixing of cultures our territory, they state. From medieval manuscripts to contemporary aesthetics, from Mediterranean Europe to the East to New World Baroque, the ensemble has a growing portfolio of projects: over the past decade, the group has developed 35 new works and has travelled to some 120 cities in 22 countries (France, Morocco, Romania, Greece, Mexico, Germany, Portugal, Turkey, Lebanon, Iran, the United States, Canada, etc).

This exceptional ensemble keeps on captivating audiences everywhere, and it is welcomed and praised by the critics as well as by the general public. Radio-Canada and CBC have been following their journey from the beginning, recording and broadcasting most of the ensemble's concerts.