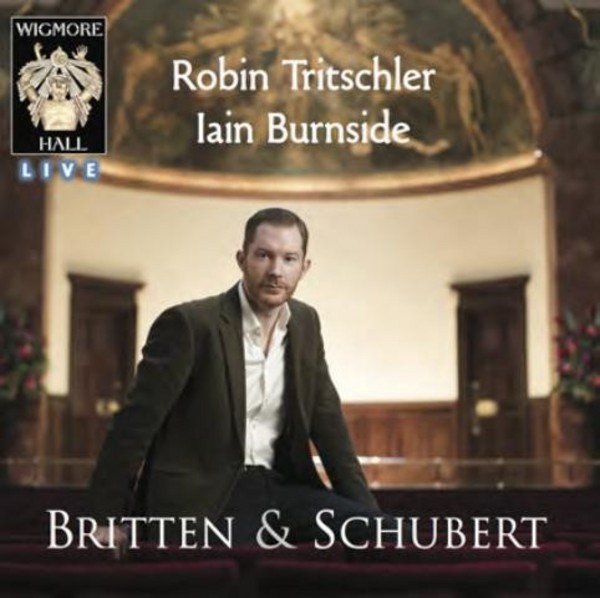 Tenor Robin Tritschler and pianist Iain Burnside come together once again for this release of Britten and Schubert, recorded live in concert at Wigmore Hall in January 2014.

Robin Tritschler has received numerous awards throughout his career, particularly for the performance of Art Song, and this powerful, and at times hauntingly profound, recital stands as a testament to his great artistry.

Since graduating from the Royal Irish Academy of Music and the Royal Academy of Music, London, Robin Tritschler's numerous awards have included the song prizes at the 2nd China International Singing Competition, the Kathleen Ferrier Awards 2006 and the 2007 Wigmore Hall International Song Competition, as well as the lieder prize at the Internationaal Vocalisten Concours in s-Hertogenbosch. Robin is a BBC New Generation Artist until the end of 2014, recording and performing across the BBC.

"Tritschler has an endearingly modest disposition, but he is powerfully expressive when the need arises. The stillness he found at the end of Socrates and Alcibiades was striking, the other end of the dynamic scale to a powerful push through the more acerbic Die Linien des Lebens (Lines of Life)...Tritschler explored the deep-seated longing of Im Freien, and enjoyed the purity of the high notes in a particularly delightful account of Ständchen... Burnside vividly painted the wild harp slung behind him, while the odd sounds of Rich and Rare were supported by velvety harmonies and shapely left-hand melodies. It was, however, the two slowest settings that made the deepest impact. At the Mid Hour of Night was notable for its contemplation, a still nocturne of deepest thought, while The Last Rose of Summer bloomed from initial and beautiful restraint to the high G in the last verse, which Tritschler controlled superbly." - Classical Source