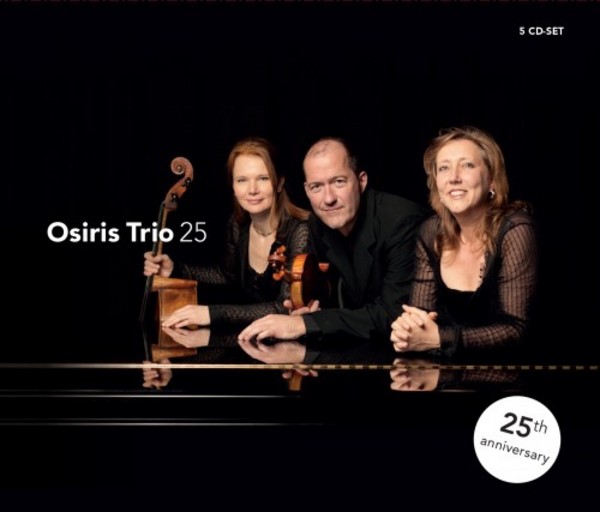 This five-CD box set is released to celebrate the 25th anniversary of leading Dutch piano trio, the Osiris Trio. Their discography encompasses two centuries of repertoire for piano trio and this collection reflects the full range - from Haydn to a disc of music by five contemporary Dutch composers, all its pieces being written specially for these players.

Much of the set is taken up by core repertoire such as Mendelssohns two Piano Trios, the very popular Dumky Trio by Dvorak, the Trio by Charles Ives and Shostakovichs Piano Trio No.2. Lesser-known fare is represented by Frank Martins Piano Trio on Popular Irish Tunes and Novaks Trio quasi una ballata.

The Osiris Trio was formed in 1988. Since then the trio has toured five continents - more recent appearances have been made in the US, Indonesia, Sweden, France, Ireland and Turkey - and won a string of awards. Their other Challenge recording is Melodies of Love and Death (CC72373), a disc of well-known opera arias arranged for them by Bob Zimmerman.