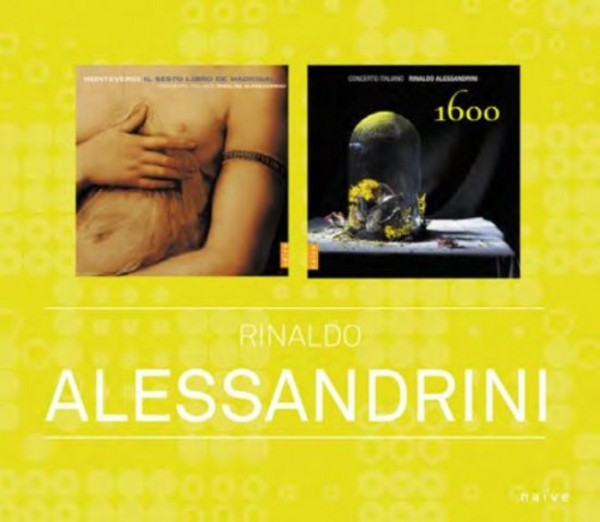 Passacaglio a quattro e a tre

» no.1 Concerto a quattro in B minor

Passacaglio a quattro e a tre

» no.1 Concerto a quattro in B minor

this new recording really goes far beyond the supple elegance of line for which La Venexiana are famous, with Alessandrini and his crew employing a tense, edgy rhetoric to reveal an inner psychology while sacrificing neither precision of ensemble nor beauty of sound. Concerto Italiano are now such a sensitive instrument that they respond to the emotional exigencies of the texts like silk to the breeze. Listen to the passionate terza parte of the Lamento d'Arianna; or the final line of Zefirotorna, where the drawn-out dissonances are almost physically painful; or the incredible dynamic and rhythmic control in the Sestina; or the fluid, frighteningly accurate ornamentation in Qui rise, o Tirsi. You could find 100 such examples without ever conveying the many excellences of this recording. - Gramophone Classical Music Guide

1600 (OP30531)
This is a superb release in every way. The music is engaging and entertaining as well as being excellently played and recorded. It is also historically informative and instructive and I recommend it wholeheartedly. - MusicWeb International, 12th June 2012