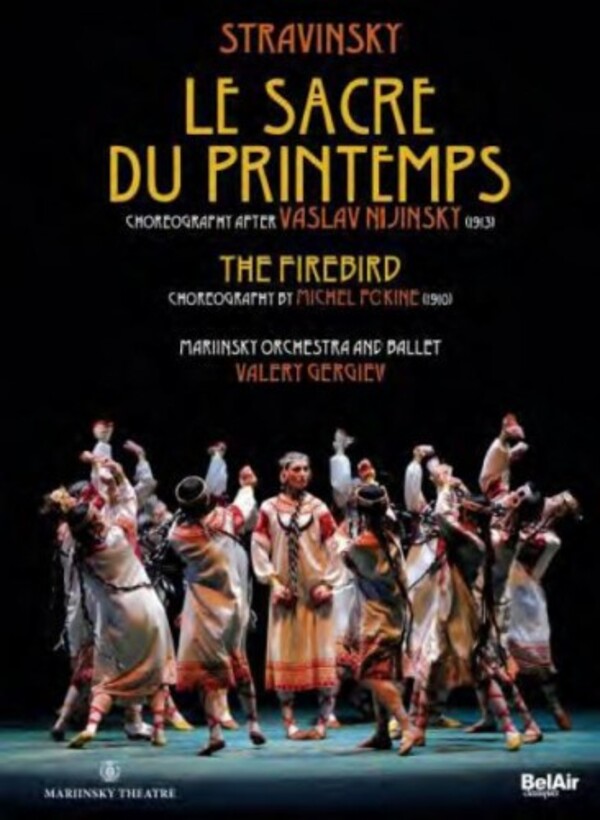 In celebration of the creation of 'Le Sacre du printemps' in Paris in 1913, Bel Air present a new edition in a DVD-book of a wonderful Stravinsky night at the Mariinsky with the original Nijinsky version of the 'Rite of Spring' and 'The Firebird' both conducted by Valery Gergiev.

The premiere of 'The Rite of Spring' at the Théâtre des Champs Élysées, Paris, on May 1913 caused a veritable scandal. The audience was shocked by the primitive violence of the ballet. It was so radically rejected that the ballet was taken off after eight performances. Although long forgotten, Nijinskys original choreography has been recreated, thanks to the relentless work of Millicent Hodson.

'The Firebird' is a Russian folk tale in two scenes commissioned from the young Stravinsky by Diaghilev and premiered at the Paris Opera House in 1910. The ballet was an immediate success. The Ballets Russes enabled the choreographer Fokine to bring to this enterprise the right amount of novelty needed to captivate but not alienate the audience. It was a total success.

Stravinsky and the Ballets Russes (blu-ray)

Stravinsky and the Ballets Russes