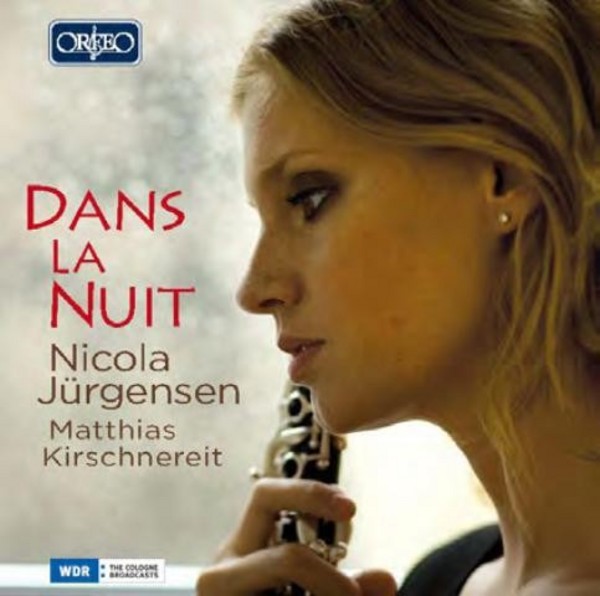 Few instruments are as adept as the clarinet at imitating the sound of the human voice in its whole range of vocal expression. This has been especially true since the Romantic period: time and again composers have had recourse to the clarinet whenever they wanted to evoke an emotional  but unsentimental  mood or to create the sort of atmosphere of dreamy otherworldliness that is associated with the hours of twilight: here one thinks especially of Carl Maria von Weber in Germany and of Berlioz in France.

Nicola Jürgensen goes a step further  into the night  in her present programme, 'Dans la nuit', which takes its title from a song by Reynaldo Hahn. The clarinettist, who has appeared as a soloist with many leading European orchestras, while also making a name for herself as a chamber recitalist at international music festivals such as Risør and Lockenhaus, has adapted these 19th- and early 20th-century French works for her instrument and recorded them with the pianist Matthias Kirschnereit.

Well-known and lesser-known songs by Hahn, Fauré and Poulenc feature here alongside more dramatic and virtuoso pieces. The result of this unexpected instrumental union is a living impression of the Paris salons of the belle époque, captured in stylish interpretations. Who would have thought that Saint-Saënss 'Introduction et Rondo capriccioso' could sound as brilliantly effective on the clarinet as it does in its original version for the violin?

François Bornes 'Fantaisie brillante on themes from Bizets Carmen' is a cleverly compiled potpourri that maintains the drama of its source and holds its own even when compared with the original version for flute, at least as interpreted here by Nicola Jürgensen. A further operatic melody, originally scored for the violin, is the famous Méditation from Massenets opera 'Thaïs', which rounds off an outstanding release on a note of mellifluous inwardness.