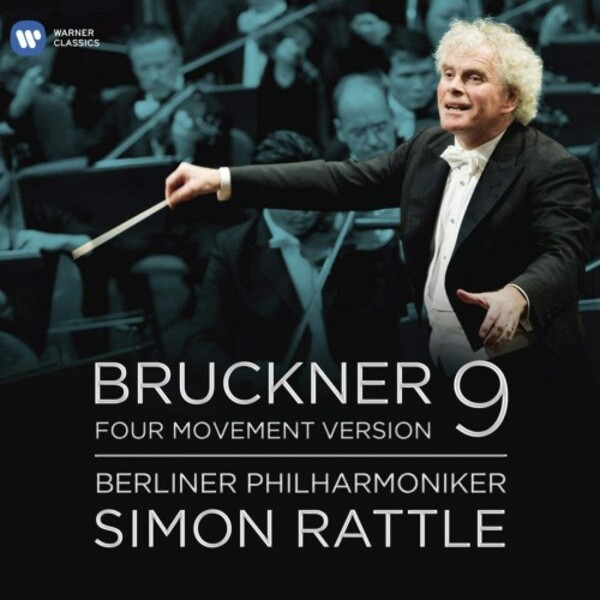 Sir Simon Rattle conducts the Berliner Philharmoniker in Anton Bruckners Symphony No.9, including the world premiere of the latest scholarly revision of the fourth movement that the composer left unfinished at his death.

Sir Simon and the orchestra unveiled the new version at Berlins Philharmonie in early February 2012 and at New Yorks Carnegie Hall the same month.

It was fascinating to hear this monumental symphony performed with [its new] final movement. After a quizzical opening and a strong statement of the main theme there are stretches of fitful counterpoint, brass chorales and ruminative passages that take you by surprise. Overall the music pulses with a hard-wrought insistence that crests with a hallelujah coda. - The New York Times

On 11 October 1896, the day he died, Bruckner was still desperately trying to finish the final movement of his ninth symphony. He had completed and orchestrated one third of the movement and sketched the layout for the entire finale. Unfortunately, for scholars attempting to construct the remaining two thirds of the movement, many of the manuscript pages were subsequently stolen by autograph hunters. Some of these pages have resurfaced in recent years and several attempts have been made to complete the last movement, including four prior versions by the current musicological team of Nicola Samale, Giuseppe Mazzuca, John Phillips and Benjamin-Gunnar Cohrs.